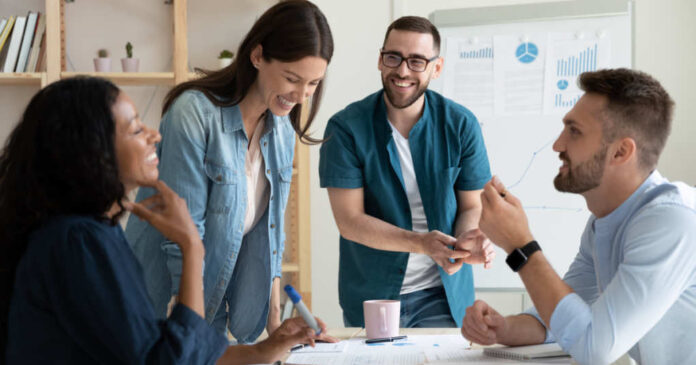 When America was locked down tighter than a drum during the height of the coronavirus pandemic, big brother stepped in to financially help out its struggling citizens who weren’t allowed to work. It wasn’t easy for many of us, but we got through it. At the same time, it would appear that we also got over it. Work, that is. Netflixing the day away is a pretty sweet gig.

Once the government realized how they were making life too comfortable for America’s workforce, they implemented a sort of reverse incentive to get folks back on the job by stopping the payments that were keeping them home. They’d force them to go back.

But the government never counted on people getting used to living on less and figuring out that the whole work trade-off thing wasn’t all it was cracked up to be. Americans learned how to become more resourceful with what they had.

It’s been over three months since free $300 weekly checks were sent out in over half of U.S. states, and a long long time since the last U.S. government stimulus check hit a bank account. Yet, the states that quit handing out the federal money are struggling to find workers equally as bad as the ones still paying it. It changed absolutely nothing.

In fact, America’s workforce is continuing to shrink. Managing director of the JPMorgan Chase Institute, Fiona Greig, said, “Policymakers were pinning too many hopes on ending unemployment insurance as a labor market boost. The work disincentive effects were clearly small.” The institute uses bank account data as the basis of its findings.

The economy still reflects that 5-million fewer people are working than prior to the pandemic lockdown. This is despite companies offering never before thought of incentives to attract dishwashers to certified accountants. Even during these inflationary times, employers have offered increased salaries and benefits packages to no avail. You can lead a potential employee to an HR office, but…

Another interesting tidbit is how the 25 states that continue to pay the monthly $300 have seen an ever so slight uptick in jobs being filled as opposed to the states that pulled the plug. It isn’t enough to sway the current tide more so than just an interesting observation.

Economists are blaming the lack of available workers on a number of various factors. They say fear of the delta variant has kept a number of people from returning to work. Vaccinated or not, they won’t run the risk.

Lack of available childcare is a twofold issue. A good number of childcare facilities have yet to reopen. They won’t run the risk of a lawsuit should one of the children under their care test positive, or worse. This has created the typical escalation of costs associated with any supply and demand scenario, making reporting in for work far less profitable of a venture.

Then there are people like 37-year-old mother Rachel Montgomery from Anderson, Indiana who has become accustomed to the extra time she’s been able to spend with her family. As a caterer, her job was one of the first to go and she knows in time she’ll have to go back to doing something again. She no longer receives $300 weekly federal checks but state jobless aid still allows her to toss enough into the family budget to get by.

Montgomery said that when she does have to return to the workforce she’s going to be “pickier” about the job she accepts.

With inflation bordering on recession taking its toll on families, either more people will eventually need to go back to work, or more businesses will be forced under, making the situation worse.

Which one are you betting your shrinking dollar on?