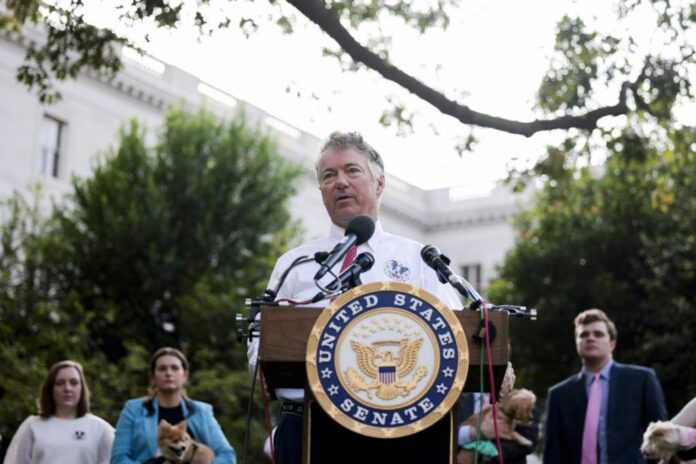 Fauci has been under fire after it was revealed that the National Institute of Allergy and Infectious Diseases (NIAID), under his leadership, partially funded a study that involved allowing hungry insects to eat beagle puppies alive.

As a result, the GOP senators are requesting further information on the reports of “inhumane experiments on beagle puppies conducted by the National Institute of Allergy and Infectious Diseases (NIAID) at the cost to taxpayers of $1.68 million,” per the letter:

One article reported that in addition to “force-feeding or injecting 44 beagle puppies aged 6-8 months old with an experimental drug before killing and dissecting them,” the research “also involved cutting the dogs’ vocal cords so they could not bark.” As you are surely aware, the leading U.S. veterinary organizations such as the American Veterinary Medical Association and American Animal Hospital Association “oppose non-therapeutic delocalization of dogs except… as a final alternative to relinquishment or euthanasia.”

“Even more troubling, this testing appears to have been elective on the part of NIAID, as the U.S. Food and Drug Administration (FDA) has said it ‘does not mandate that human drugs be studied in dogs,'” the letter continued, requesting answers to the following questions:

Did the FDA require NIAID to perform these toxicity tests on dog?
Did NIAID consult with the FDA about the possibility of using a method other than dog testing for its drug submission, as FDA guidelines allow and encourage?
Did the FDA require that the dogs be devocalized for the purpose of this testing? If not, why was this procedure performed?

Justin Goodman, Vice President of Advocacy and Public Policy at White Coat Waste Project, which has continued to expose the abuse, thanked Paul and his colleagues for holding the NIH accountable.

“De-barking beagles and poisoning puppies in experiments with our tax dollars is a national disgrace that’s uniting Americans. Thank you Sen. Rand Paul (R-KY) and his colleagues for holding the NIH accountable for this government waste and animal abuse,” he said.

This week, the non-profit watchdog organization White Coat Waste Project (WCW) followed up with another revelation: Fauci’s NIAID also funded an experiment at Kansas State University involving hundreds of ticks feasting on puppies injected with a mutant bacteria. It awarded the school $536,311 for the project this year, and taxpayers have given $5.6 million to the project since its inception in December 2007.