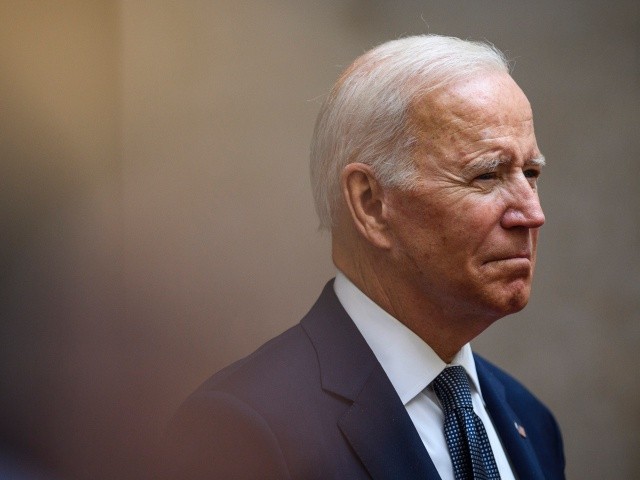 As Breitbart News reported, the Biden administration is weighing whether to provide border crossers — who were subjected to the Zero Tolerance policy — with $450,000 each as part of a payout in lawsuits filed.

In some instances, a family unit could secure about $1 million from the payout and overall, the payouts could cost American taxpayers more than $1 billion. Lawyers representing the border crossers have argued that each family unit should get $3.4 million in payouts.

Such payouts would exceed the money that has gone to thousands of American survivors of the 9/11 Islamic terrorist attacks.

Republicans, including Senate Majority Leader Mitch McConnell (R-KY), are blasting Biden for the tentative plan. In a brief rebuke, McConnell responded “No” to the plan.

“They burn our cities down, defund our police and border patrol, destroy our schools, our churches, call half the country evil for voting Republican … and then take our money and do this with it,” Masters wrote in a statement.

Georgia congressional candidate Patrick Witt (R) noted the payout to border crossers would be overwhelmingly higher than the $1,200 checks given to Americans following government-forced economic shutdowns that resulted in millions of lost jobs and hundreds of thousands of shuttered small and medium-sized businesses.

Likewise, Washington congressional candidate Joe Kent (R) compared the payout to the $100,000 “death gratuity” compensation that is given to the families of American service members who die in combat.

Sens. Tom Cotton (R-AR), Chuck Grassley (R-IA), and Marsha Blackburn (R-TN) suggested in statements that the plan is an insult to American citizens and an “assault on American sovereignty.”

“This is a payment that is taking place when American families are struggling to make ends meet [and] when they’re being hit by record-high inflation, and they are facing job layoffs because of a vaccine mandate,” Blackburn said. “This is ludicrous.”

Analysis conducted by the Federation for American Immigration Reform (FAIR) projects that Biden will drive up the nation’s illegal alien population past 20 million by the end of his first term. Prior estimates state that at least 22 million illegal aliens live in the U.S.

In addition to the flow of illegal aliens, Biden has sought to increase legal immigration levels where, already, about 1.2 million foreign nationals are awarded green cards annually and another 1.2 million are given visas to take American jobs.

A significant increase in naturalization rates ahead of the 2022 midterms and the 2024 presidential election could deliver big gains for Democrats as margins in a number of swing states have been small over the last two presidential elections. In Pennsylvania, for example, Biden won the state by fewer than 81,000 votes.

The Washington Post, New York Times, the Atlantic, Axios, the Los Angeles Times, and the Wall Street Journal have all admitted that rapid demographic changes because of immigration are tilting the nation toward a permanent Democrat dominance.

The share of the foreign-born population has significant sway on how the county will vote in elections, research from 2019 by the Atlantic’s Ronald Brownstein has shown.

Brownstein’s analysis found that nearly 90 percent of House congressional districts with a foreign-born population above the national average are won by Democrats. This means every congressional district with a foreign-born population exceeding about 14 percent has a 90 percent chance of electing Democrats and only a ten percent chance of electing a Republican.

“The single biggest threat to Republicans’ long-term viability is demographics,” Axios acknowledged in 2019. “The numbers simply do not lie … there’s not a single demographic megatrend that favors Republicans.”

Current legal immigration levels are expected to bring in 15 million new foreign-born voters by 2041. About eight million of those voters will have arrived entirely due to the process known as “chain migration” whereby newly naturalized citizens can bring an unlimited number of foreign relatives to the U.S.

By 2060, the Census Bureau projects that 1-in-6 residents will have been born outside of the U.S.