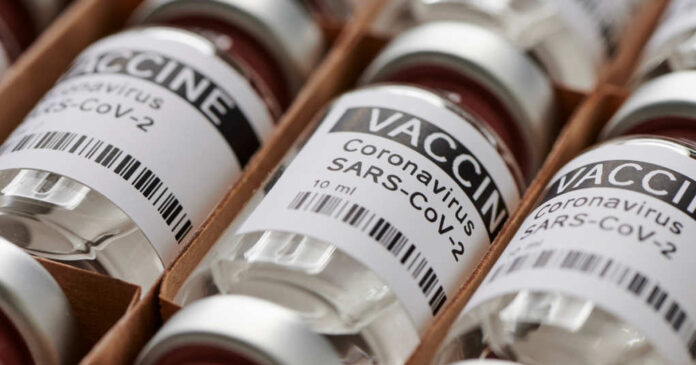 Florida’s Governor Ron DeSantis is aiming at President Joe Biden in the wake of his recent Presidential Town Hall on CNN with Anderson Cooper. His appearance at this Town Hall gave the people a glimpse into the scary reality that is having Biden residing at 1600 Pennsylvania Avenue.

Among his nonsensical babbling left many wondering how senile he had become, and his push for first responders to be forced to stay at home or fired angered many Americans. Needless to say, DeSantis disagrees with this idea and called Biden out for stomping all over the constitutional rights of these brave men and women.

Speaking on Fox News’ Sunday Morning Futures, DeSantis held nothing back when speaking on his feelings about these mandates. “Maria, these people we have been hailing as heroes, the nurses we have said have been heroes this whole time. They have been working day in and day out. They never — they couldn’t do their job on Zoom…Now you have people that want to kick them out of their job over this shot, which is basically a personal decision. And you’re right. What Biden’s doing is unconstitutional. He does not have the authority to do this.”

DeSantis has been clear on his feelings with these new mandates, wants Florida to stay on the right side of freedom, and keep out of it. His efforts have not gone unnoticed, with split opinions on what to do going forward. The freedom to be a part of society should not be defined by having a vaccine or not. DeSantis has been putting his money where his mouth is too, but banning vaccine passports in Florida, and taking offenders like Live Nation, Disney World, and Counties in FL to court over their mandates.

The stance against vaccine mandates is a very polarizing one, and one the fanatical left has sunk their teeth into greatly. For a group that consistently proclaims how people should ‘love one another’ and ‘accept each other’s differences,’ they have been taking the opposite actions. Calling for people to lose their jobs, be barred from attending schooling, banning them from public events like concerts and sports are just some of their outcries. These bans have proven to turn violent in some cases and are costly for business owners.

Fighting for medical rights is something Americans understand well. From this pandemic to abortions, to stem cell research, to the therapeutic use of marijuana people are fighting daily for their rights to decide what to put into their bodies. These fights make the mainstream news when it creates enough controversy but is largely being fought in smaller areas and on a smaller scale. DeSantis understands this all too well.

“What it will do on a practical level, in addition to being unconstitutional, in addition, to be — taking away people’s personal choices, is, it will wreak havoc in the economy, because even if a small percentage of these folks end up losing their jobs or voluntarily walking away, you’re going to have huge disruptions in medical, in logistics, in law enforcement. And so, in Florida, our policy is very clear…We want to make sure we’re protecting your jobs and your livelihoods.”

This dedication to the fight is not only commendable but needs to be echoed across the country. Police and fire departments especially are threatening to terminate their people across the country. Should this continue to be enforced, the untold damage this would cause is unfathomable. What sounds like a bigger risk to you; a 7% reduction in the number of firefighters able to respond to emergencies, or 7% of the force not having a vaccine?