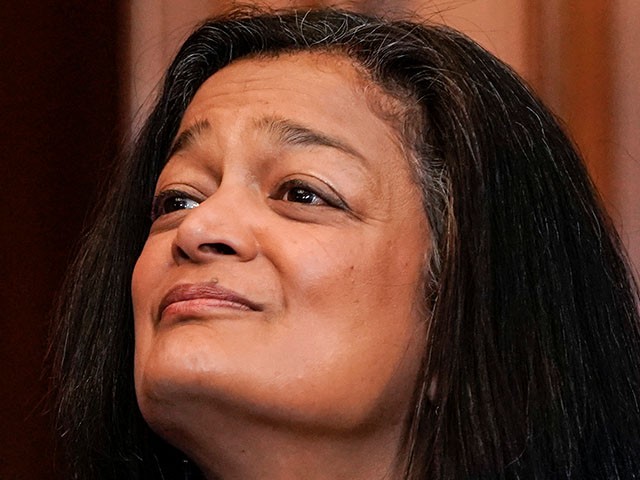 Progressive Caucus chairwoman Rep. Pramila Jayapal (D-WA) said Monday on MSNBC’s “Andrea Mitchell Reports” that President Joe Biden has assured her he has the votes of all the Democratic senators, including Sens Joe Manchin (D-WV) and Kyrsten Sinema (D-AZ) for his Build Back Better Act.

Mitchell said, “You endorsed the White House framework last week. You as a group. Are you confident that those two senators will be for it? Because they have been less than definitive in what they’ve said so far publicly.”

Jaypal said, “We did endorse the framework, and in fact, we also had a very, very good meeting yesterday of the full CPC after the text was released, which was something that we were asking for for the Build Back Better Act. I am very happy to say we are now awaiting negotiations amongst senators on prescription drug pricing and child care and some details on immigration, but the Progressive Caucus, assuming good resolution of those issues from the Senate side, that we will be excited to vote for both bills. We now feel like we have what we need. We are taking the president’s word at the fact that he believes he can get 50 votes in the Senate, and you know, I hope that the two senators that we’ve been waiting on these months, who have come to the table in good faith and negotiated, that they understand that this is a leap of faith, but you know, assuming we get these final negotiations done, we’re ready to pass both bills. I think the caucus feels very good about the fact that we’ve been able to do what we’ve said from the beginning, which is pass both bills at the same time. Get the entirety of the president’s agenda to his desk for signature and ultimately deliver transformative change for people across this country.”

She added, “I was being very clear for a day with the Speaker, with the White House, with anybody who would listen on television that we did not have the votes, but we could very quickly in a few days as soon as we got the text drafted. As soon as we got a chance for our numbers to make sure that their priorities were in there, we would be ready to vote for both bills, and we would take the president’s leap of faith to some extent, which members — some members are uncomfortable about this, but as the president, he said he has 51 votes in the Senate. We’ll take him at his word, but we needed to see the text, and we need to vote both bills through.”