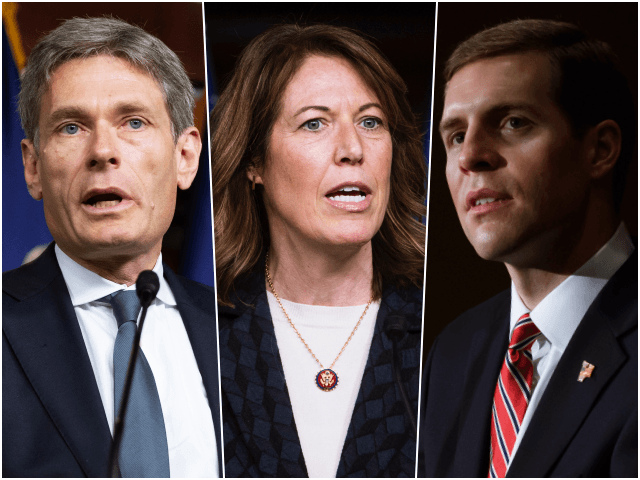 Last week, Democrats unveiled the $1.75 trillion budget that they hope to pass through the filibuster-proof reconciliation process that would only need 51 votes in the Senate.

Among other provisions, the reconciliation package includes:

On Monday, as Democrat leadership tries to rush a vote on the reconciliation package, a number of vulnerable House Democrats have reportedly warned privately that they do not want to be on record supporting amnesty and limitless immigration unless they are assured the package will pass the Senate.

Moderate House Democrats don’t want to take a tough vote on a charged issue such as immigration without assurances it will be taken up and passed by the Senate. Several moderates tell us they will not vote to advance [the Build Back Better Act] without [the bipartisan infrastructure bill] clearing the House first.

The reluctance by the House Democrats is a glimpse into the vulnerability they face ahead of the 2022 midterm elections, either because of their districts being redrawn or due to tough re-election challenges from Republicans in red states or swing districts.

For instance, Rep. Tim Ryan (D-OH) is running for Ohio’s open Senate seat that will be vacated by Sen. Rob Portman (R-OH). Ryan, seen as the likely Democrat nominee, will face off against one of the Republicans running in the primary, which includes J.D. Vance and Josh Mandel.

A vote for amnesty and limitless immigration for corporations would shake up Ryan’s bid for the Ohio Senate seat.

Already, current immigration levels put downward pressure on U.S. wages while redistributing about $500 billion in wealth away from America’s working and middle class, toward employers and new arrivals, research by the National Academies of Sciences, Engineering and Medicine has found.

The Congressional Budget Office (CBO) has repeatedly found that amnesty for illegal aliens would be a net fiscal drain for American taxpayers while driving down U.S. wages.

Every year, 1.2 million legal immigrants receive green cards to permanently resettle in the U.S. In addition, 1.4 million foreign nationals are given visas to take American jobs while hundreds of thousands of illegal aliens enter the U.S. annually.

From January to August, alone, the latest estimates show that more than half a million border crossers and illegal aliens have been released into the U.S. interior by the Biden administration.