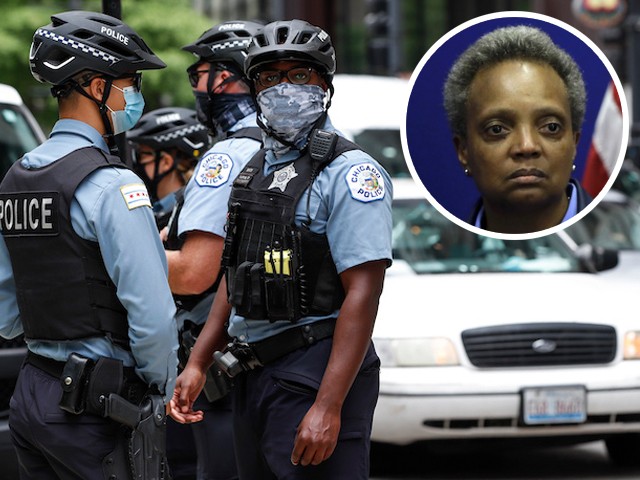 In his written decision, Cook County Judge Raymond Mitchell said that while the city can still place police officers on unpaid leave for failing to abide by the city’s vaccine mandate, the city will not be able to fire those employees until Chicago’s Fraternal Order of Police have their arguments heard by an arbitrator.

Mitchell wrote in the order:

The City’s counsel suggested at oral argument that it might be possible to arbitrate the grievances before December 31, 2021, but that is a matter for the parties to resolve among themselves. So, the only remedy left to protect the unions’ right to meaningful arbitration is to stay in compliance with the December 31 vaccination requirement until such time as the arbitration is complete.

The order only applies to the police union after it motioned for a restraining order to force arbitration last week, not other city employees.

“If you look at what’s happening in court cases all across the country, whether it’s fire and police or others that are challenging these mandates, I’m not aware of a single instance in which a mandate put in place has been invalidated,” Lightfoot said on Monday.

The Fraternal Order of Police expressed enthusiasm over Monday’s ruling while admitting there were issues to work out.

“We’re simply asking this judge to force the city to stop their policy, put officers back to work, and force the city to go back to the bargaining table and arbitration,” FOP President John Catanzare Jr. said of the lawsuit.

Mayor Lori Lightfoot has accused the unvaccinated of “playing Russian roulette” with their lives and the lives in their community:

Law enforcement officials across the country have warned that city vaccine mandates could lead to a shortage of officers, prolonging emergency response times, and increasing city crime.

I have repeatedly stated the dangers to public safety when 20%-30% of my workforce is no longer available to provide service, and those dangers are quickly becoming a reality. We are experiencing an increase in unscheduled retirements, worker compensation claims, employees quitting, and a reduction in qualified applicants.

“The staffing just is not there; there’s no way to do it,” Ansbro said. “The response times are going to go through the roof. We’re just not going to be able to get to the emergencies in time.”