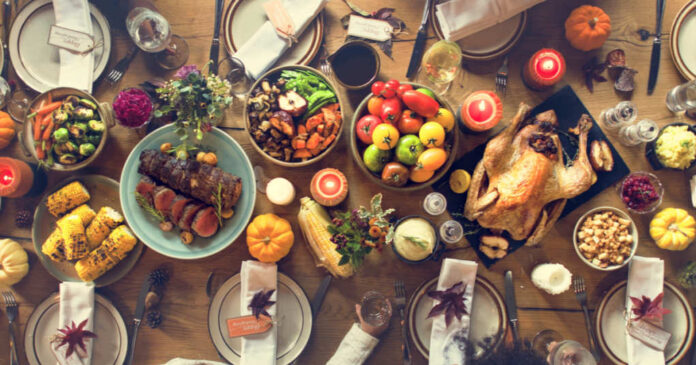 Pass the turkey, the rolls, and the inflation? That’s right. Biden’s policies and inability to get goods into our country are causing prices to skyrocket for everything. From vegetables to coffee, to sweet potatoes, to the vanilla extract in that pumpkin pie. Every ingredient in a traditional Thanksgiving meal is up in price.

Michigan State University agricultural economist Trey Malone recently spoke with the NY Times about this. “I can buy that this will be the most expensive Thanksgiving ever, but there’s an income-inequality story here that matters a lot…The rich are going to be spending more on Thanksgiving than they have ever spent before, but not everyone is going to be able to do that.” Malone hit the nail on the head here. Many Americans without well-paying jobs are already having difficulties putting food on the table, and these prices are not helping.

These difficulties are forcing people to reexamine many of their priorities. From what their job is paying, to where to live, to what they must go without this week. Some of the harshest examples come from people wondering if they should skip their medicine or should they let the electricity go unpaid. Others are stuck wondering if they should beg the landlord for some extra time, or if they should start looking at the week-to-week motel down the road.

Americans should never be forced to ask themselves questions like this. We are historically one of the best economies on the face of the earth. Yet here we are just over a month away from Thanksgiving, and people are left questioning what there is to be thankful for. Congressional Leadership Fund communications director Calvin Moore spoke with Breitbart News recently about the situations Biden’s policies are creating.

“Working families can’t even afford to celebrate the holidays this year…Family budgets are being pushed to the brink, and voters will quit House Democrats cold turkey because of it.” Moore’s statement here is something Americans should be deeply concerned about. While the idea of people quitting the nonsensical left, their hardest supporters are either blaming the problems on Trump (still) or claiming the President and his cronies have nothing they can do to help.

Let’s face facts here. His transportation secretary Pete Buttigieg could do something about it. They could require 24/7 dock operations. They can assign active-duty transportation drivers to get their CDL’s and activate the National Guard in the same role as well. This would allow for the shipping times to be drastically cut down, and it wouldn’t be a huge expense to the taxpayers. As the military also has crane and heavy equipment operators, they could be assigned to work the docks, thus allowing for an even faster recovery time.

With the record turkey price of $1.36 a pound being set back in 2015 (odd that this happened under Obama), prices could be as high as 25 cents above that this year. A bottle of vanilla extract is up 2 dollars a bottle this year as well. Overall, the food prices us up 4.6% since 2020, and meat, poultry, and eggs are up 10.5% on their own.

These increases are largely due to the cost to ship goods, and dependence on shipping from Asia to get so many of these goods. In 2020 to get a crate from Asia to California was $3,800. Now that some container is $17,000. Then the issues of container storage while awaiting a truck or train complicate the pricing as well.

All in all, this will be a painfully expensive Thanksgiving for the people, and with the winter months to slow shipping times to many areas of the country, who knows how bad Christmas could be. As long as the left has their way, we will be overpaying for goods so they can focus on people’s feelings, persecuting Trump, and fighting for equality by bringing everyone down.