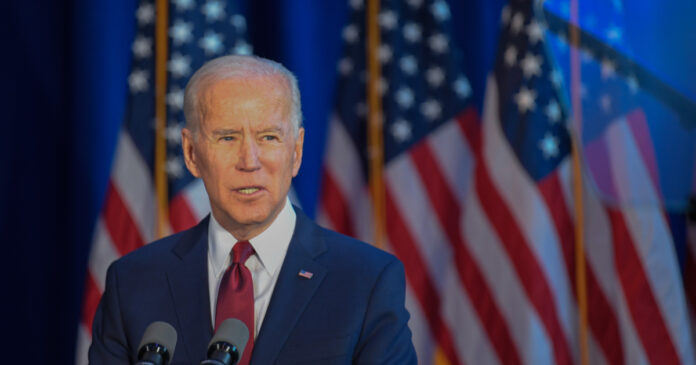 If there was ever a doubt concerning the loyalty of Joe Biden to America and Israel, it finally has been solved. He is a man that loves terrorism and hates freedom. The old man is simply jealous of Donald Trump and everything he could accomplish in four short years. He is willing to hold hands with a known enemy to make himself look good. The problem is that by joining forces with the Palestinian people, he is embracing terrorism.

Biden’s idea to show his love for those who attack Israel is to get Israel to allow the Palestinian government to build a U.S. consulate for them. This idiotic move by Biden is being called by many in Israel’s Foreign Ministry as an “introduction to the division of Jerusalem.”

Joe Biden is a man that ignores the rules and procedures for getting things done. He would instead issue an executive order than work through the legislature to pass meaningful laws. The old man thinks he will be able to set a terrorist consulate in Jerusalem without much effort. But the terms of agreement with Israel demand that both the United States and Israel agree on the move. Without an agreement, there will be no Palestinian consulate.

What Biden ignorantly forgets is what is dictated by the Vienna Convention of 1963. Dr. Dore Gold is the former Foreign Ministry Director-General, and he has pointed out that the move by Biden could lead there or pave the way. One has to remember that there is the Vienna Convention of 1963, which both Israel and the United States are signatories to, and according to which the agreement of the host state is required to open a consulate. To do so unilaterally without Israel’s agreement would be breaking the rules.” But Biden does not play by the rules, which means he will try another dirty way to get what he wants.

Israel Hayom added to the statement that Donald Trump had closed down the building in questions years ago. And the Jerusalem Post reported that the Palestinians would see another consulate as an admission that Jerusalem is divided. Biden is messing with international forces beyond his ability to work with, and he does not have the stamina or mental ability to negotiate such an agreement.

The Post also reported that Biden would have to break some severe laws to get his selfish way this time around. They wrote that American law is quite clear. The U.S. “Jerusalem Embassy Act” repeatedly stresses the unity and indivisibility of Jerusalem as Israel’s capital: “In 1967, the city of Jerusalem was reunited during the conflict known as the Six-Day War … Jerusalem has been a united city administered by Israel… Jerusalem should remain an undivided city… recognized as the capital of the State of Israel.”

Joe Biden cannot set up another consulate in Jerusalem for the Palestinian terrorists without violating established law, which would be punishable by law.

Israel Hayom noted that Biden even tried to rename the official Ambassador title to include a Palestinian mention but ended up being changed back because of the backlash and criticism that followed. Biden tries to change things all of the time quietly and prays that no one will take notice. Hayom noted that “In January, almost immediately after the Biden administration moved in, the title of the U.S. ambassador in Israel was changed on the embassy’s Twitter page from ‘U.S. Ambassador to Israel’ to ‘U.S. Ambassador to Israel, the West Bank and Gaza.’ Public criticism led to a rapid turnabout and a return to the old title, but the trend was clear for all to see.”

There is no way that Biden can divide Jerusalem without causing an international incident. He will end up breaking countless laws and will be an insult to America’s closest ally. He is actively seeking ways to kill off all international ties. America will stand alone soon if Biden is not stopped. Israel is an ally and needs to be defended from the terrorists that surround its borders.