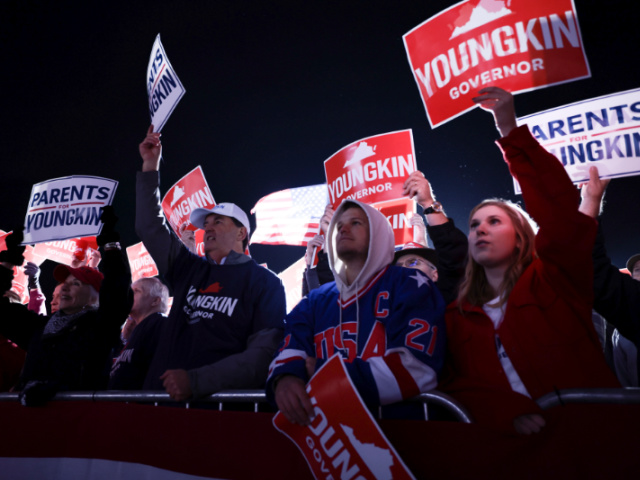 Scott Nevins tweeted that he thought Virginians “knew better” than to vote for a Republican using a “racist dog whistle” of “Critical Race Theory.”

BrooklynDad_Defiant! tweeted the establishment media is to blame for pushing Critical Race Theory (CRT) in the state. “I’d like to extend the highest of middle fingers to the media for allowing Glenn Youngkin’s campaign to push the bullshit CRT narrative unchecked by any,” he tweeted.

Before all the results were counted, polls indicated Youngkin would barely defeat McAulife. FiveThirtyEight’s polling average on Monday marked Youngkin one point better than McAulife.

The Trafalgar Group polling on Monday marked Youngkin at 49.4 percent and McAuliffe 47.1 percent. On October 28, Fox News polling revealed Youngkin had a one point advantage (48 percent to 47 percent).