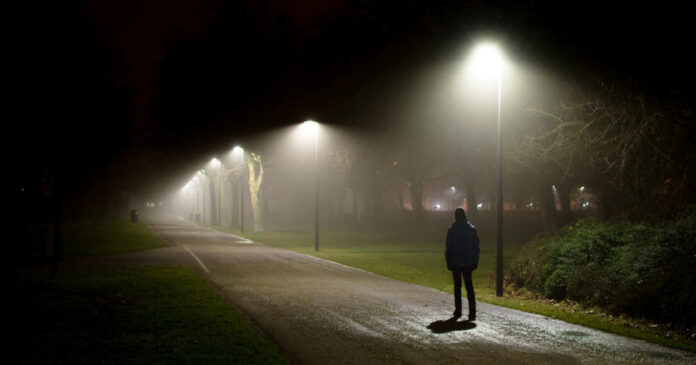 The nastiness of the reality of liberalism is sinking in for many residents that once thought it would be great to live in a world with no law enforcement and where people can do whatever they want. To their surprise, the people they fought hard to free from the law grasp are now targeting them with violence and crimes. And there is nothing they can do about it because they have riddled the police department so bad that there are no cops to keep people safe.

Families can no longer walk down the streets of San Francisco, California, because of the blatant disregard that liberals have for life. Thugs openly break into homes and attack whoever happens to be in the house at that time. And they indeed take what they want from automobiles parked in public and private areas.

Life is terrible in San Francisco since the reality of liberalism has set it. And now that the Democrats control everything, families have to hire private security to protect themselves from the onslaught of violence plaguing the city.

One hundred fifty families have been found hiring security guards to patrol their neighborhoods because of the gangs and general crimes. Once peaceful and thriving neighborhoods have been turned into gang territories and a burglar’s playground. Anyone found protecting themselves is seen as the enemy and targeted for retribution.

Alan Byard is one of the Patrol special officers hired by families living in the Marina district. They need him to watch their homes and streets to keep the criminals from hurting them. The Marina district is one of the areas of town that is still considered a nice place. But now that no one is stopping the criminal activities, it has fallen into the depths of the undesirable places to live in America.

Alan Byard stated that “It’s a nice area down here, people are afraid of what’s been going on. They want a safe place to raise their kids. In the last year, I’ve had 10 of my clients move out of the city.”

Residents of the Marina district have put cameras all over the place and alarms on every entry point of their homes. But it is not enough. They have to hire private security to patrol the streets because the police have been strangled to the point that they cannot do the job they were once able to do without fear of retribution. The Democrats have killed the police budget, so they cannot employ enough officers to serve the community.

Katie Lyons is a long-time resident of the area, and she stated that she could no longer walk anywhere. She even noted that “Especially at night, I don’t walk with a purse, I’ll drive, or I’ll take an Uber, and it’s beginning to become a daytime problem too.”

She notices items left by criminals left in her yard, and her home is a constant crime scene. The liberals running things in the city could care less, and they got what they wanted when they finally stripe law enforcement of its ability to enforce the laws. And they are going to be the ones least affected by the crimes because they do things for themselves and not others.

Fox News found that “The city’s Central District, which includes tourist hot spots such as Fisherman’s Wharf and Chinatown, struggled with a staggering 753% increase in car break-ins from May 2020 to May 2021.” The crime rate has risen so much that anyone can witness multiple incidents in one day alone.

Criminals are so bold that they walk right up to a car and smash out its windows and take whatever they want. They steal cars and leave them in other areas once they have served their purpose.

Mayor London had even given a speech about needing help to crack a crime ring targeting cars in the city. And just blocks away, thieves are stealing the very cars that he was talking about. But London is getting what he deserves since he thinks that the police are the problem. It is time for him to wake up and realize that he is the problem and needs to go.