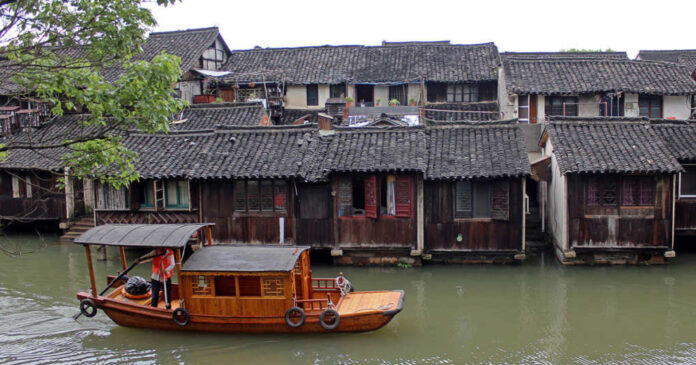 Despite having been 109 years since Taiwan gained its independence from China, the Chinese are still butt-hurt about it. They’ve been threatening to take it back for over a century but they’ve never eyeballed it more intently as they are now. As China and the U.S. slip into a conceivable cold war, communications are lessening by the day, and this is bad. Very bad. Communisms favorite ploy is to strike without warning.

During WWII the Japanese rained down havoc over the Philippines by securing an outlying island from where they launched attacks. Experts have warned that a similar scenario could easily develop if China were to invade and control one of Taiwan’s outlying islands.

If this were to happen, China and the U.S. better shake hands and discuss the matter over a cup of hot tea. The only other limited alternative would be a Katy-bar-the-door full-scale war in which both superpowers would inevitably blow each other off the planet. The end. No one wins.

The Center for a New American Security issued a report detailing this scenario. The outlying island in reference is Dongsha which lies in the South China Sea. The tiny island sits between Taiwan and Hong Kong and houses roughly 500 Taiwanese troops.

The Chinese military has been teasing the U.S. and Taiwan by flying over the island as part of its war games. They’ve been warned to no avail. Should the Chinese decide to land on the island and overtake it, which they could easily do, all hell would have to break loose to get them to leave.

The U.S. would have no other choice but to call its still unrested troops back into action. Only this time, the battles would be beyond the level of anything they’ve ever experienced.

The report suggested that the U.S., Taiwan, Japan, and any other country that can be rustled up, form an alliance against China to dissuade the Communists from any further aggression. The report stressed how critical it is to have Japan on board.

The report read, “The United States and Taiwan must begin coordinating today to build a credible deterrent against limited Chinese aggression or coercion toward Taiwan.”

In recent weeks Beijing has turned up the heat over the island and has made no secret of its eventual intent. This has Taiwan’s defense minister sweating bullets. Earlier this month he predicted that by 2025 there won’t be any stopping China. They’ll swoop in like a fire-breathing dragon unless they’re presented with a good enough reason not to.

America’s long-standing policy of “strategic ambiguity” fell by the wayside last week when Joe Biden said that an attack on Taiwan by the Chinese would prompt a direct military response from the U.S. We’ll be jumping into the mess with both feet.

Biden was asked twice during his recent town hall meeting if the U.S. would come to Taiwan’s rescue if need be. Making no bones about it, he said, “Yes, we have a commitment to do that.”

A White House official attempted to fix Biden’s blunderous words with some double talk by claiming the prez was “not announcing any change in our policy and there is no change in our policy.” You know. The old guy was just speaking his feeble mind out loud.

We’ve come to understand that Air Force One has the capability of flying all the way to Japan on a single tank. Given that the U.S. could be staring at the war to end all wars, Biden needs to realize how he has a much bigger commitment to attempt stopping that from happening.

Last week, US President Joe Biden stated that the US was committed to coming to Taiwan’s defense if it comes under attack from China — remarks that seemed in opposition to America’s stated policy of “strategic ambiguity.”

Asked twice during a CNN town hall whether the US would protect Taiwan if China attacked, Biden said it would.

“Yes, we have a commitment to do that,” he said.