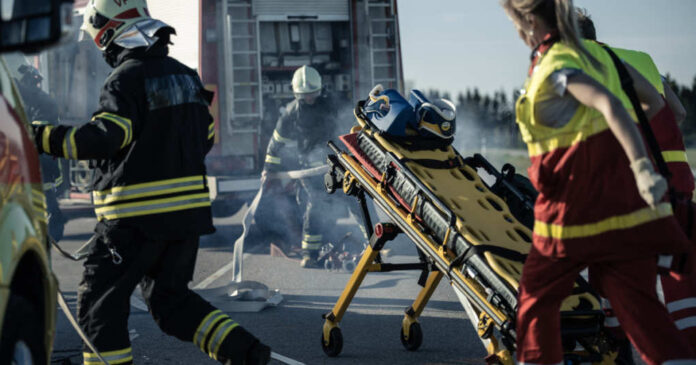 Just when you thought first responders couldn’t get more hate, the President himself is fighting against them and their medical freedom. While speaking with Anderson Cooper at a Presidential Town Hall on CNN, he fumbled through various topics, like his infrastructure plan, and where he sees things going. Yet nothing was more alarming than his doubling down on his vaccine mandates.

Cooper very obviously gave many of the talking points by asking some questions. While there were some hand-picked audience questions, Cooper led the bulk of the event. When asked about making police take the vaccine, staying home from work, or being let go if they refused Biden was in favor of either the vaccine or them staying home and letting them go. I guess if fewer cops are doing their job, they can defund the police that way.

Even more alarming is Biden tooting his own horn saying “By the way … I waited until July to talk about mandating because I tried everything else possible. The mandates are working.” No Joe, no they are not. You are making people choose between working and their medical freedom of choice. That’s being a dictator, and not what America stands for.

While he thinks the mandates work because airline employees got vaccinated, most did that by choice well before the federal mandate came down. Additionally, numerous airlines were not pressing the mandate, and those that did (Southwest) found themselves entrenched in a massive backlash that in turn cost them millions of dollars in cancellations and delays. Problems that could have been easily avoided by having people at the helm that actually would talk with employees and try to encourage them to have the vaccine by choice or to submit the documentation for medical or religious exemptions.

Biden wasn’t done thrashing the American people. While mocking people’s decisions about the vaccine he shared this lovely soundbite. “’I have the freedom to kill you with my COVID.’ No, I mean come on. Freedom. Number one. Number two … the gross misinformation that’s out there.” Like he thinks people have no right to freedom in any way. Especially medical freedom.

Unfortunately for this bumbling excuse of a President, we do have this choice. His mandate is being challenged by multiple groups, and they have a good leg to stand on. The rights of the Government over the people do not push out this way, and the people will and have historically fought back against such ideas.

If Joe took anything away from this town hall, it should be the fact that his approval rating is in the toilet, and he is the only one to blame. He has loved to blame all his inadequacies on President Trump and the people are sick of it. Attacking the first responders over their freedom of choice and medical autonomy is outrageous. It won’t win him any brownie points with big groups, and it won’t help people to back him in other areas.

It may in fact do the opposite. A sizeable amount of the people pushing for the vaccine mandates are also the people who are either against Biden or at a minimum on the fence about it. These third-party or impartial people were the key to getting Biden into office. They were just blindly led by the mainstream media into believing the vilifying comments. Now they see Biden for the snake in the grass he is, and they aren’t happy. The end of COVID and 2024 cannot come soon enough for this country.