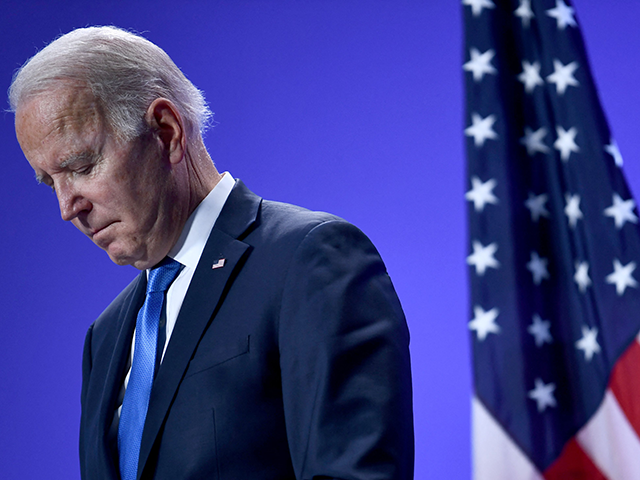 The Washington Post published the latest push for the United States to give up its authority, liberty, and security.

Andreas Kluth, a columnist for Bloomberg Opinion, wrote the column published on Tuesday that said, in part:

Even then, the principle of sovereignty was never absolute or uncontroversial. For a long time, the best idealist counterargument was humanitarian — that countries have not just the right but the duty to intervene in other states if, say, those are committing atrocities such as genocide.

Now, however, there’s an even more powerful case against sovereignty, put forth by thinkers such as Stewart Patrick at the Council on Foreign Relations. It’s that in a world where all countries collectively face the planetary emergency of global warming, sovereignty is simply no longer a tenable concept.

That insight has probably also dawned on many delegates to COP26, the United Nations climate summit now underway in Glasgow. What’s at stake in those negotiations is not any country’s “national” interest as such, except insofar as it’s part of the collective interest of our species in preserving the global commons: the atmosphere and biosphere. And although aviation regulators might disagree, the borders around our territorial jurisdictions just don’t extend up into the air. A carbon dioxide molecule emitted in China, the U.S. or India will waft who-knows-where and accelerate climate change everywhere. It will flood cities in Germany, burn forests in Australia, starve people in Africa and submerge islands in the Pacific. All the world’s people, therefore, have a legitimate interest in the greenhouse gases emitted in any given jurisdiction.

The Stewart Patrick of which Kluth wrote about had a book published in 2019 titled The Sovereignty Wars: Reconciling America with the World.

A preview of the book read:

Sovereignty is “one of the most frequently invoked, polemical, and misunderstood concepts in politics,” says Stewart M. Patrick, the James H. Binger senior fellow in global governance and director of the International Institutions and Global Governance program.

Patrick urges the United States to consider striking “sovereignty bargains” — to gain influence and advance its interests on a variety of issues. He acknowledges that the trade-offs can be difficult but underscores that they are necessary for the United States to address global challenges such as arms control, nuclear proliferation, trade border security, migration, terrorism, global pandemics and climate change.

Also in 2019 Marcus Arcanjo with the Climate Institute wrote on the topic:

In this paper I argue that national sovereignty is not obsolete, but rather the concept must be redefined to take into account the effects of a changing climate. The core argument suggests that the discourse should shift away from whether sovereignty is useless and instead focus on the development of an all-encompassing definition for statehood, in order to protect the rights of countries and their citizens in the face of climate change, especially regarding the physical disappearance of their territory. By doing this, smaller states and populations will retain at least a small part of their culture and heritage, whilst also mitigating the chances of climate induced conflict and preventing the most polluting countries benefitting from a situation they heavily contributed to.

“The time to think about the demise of sovereignty is now,” Kluth concluded, advocating for more global governance. “Maybe we’ll need an ecological equivalent to what the World Trade Organization is to commerce: A new international body that makes the conundrum explicit and attempts to maintain order.”

Former President Donald Trump realized that fighting climate change was about much more than carbon emissions, which is why he pulled the United States from the globalist Paris climate accord.

And now President Joe Biden, who publicly apologized on the world stage at the U.N. COP26 for Trump’s decision, is giving these sinister ideas new impetus.