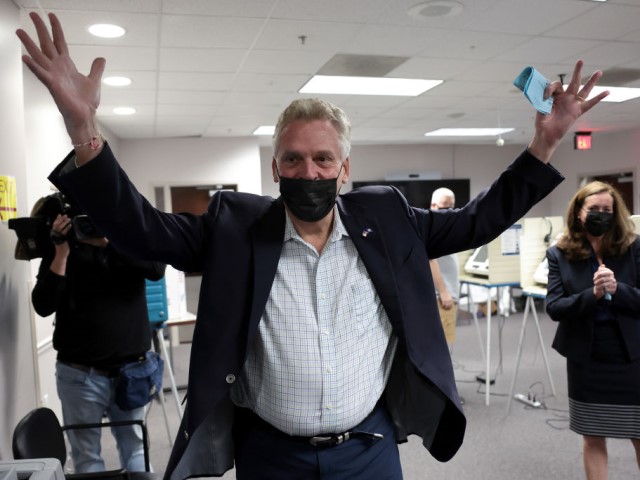 In the survey, Rasmussen found 81 percent of Virginians believe that a photo ID should be required for voting. While an astounding majority of Glenn Youngkin’s supporters — 94 percent — believe photo IDs should be required to vote, 66 percent of McAuliffe’s voters agree, suggesting that basic photo ID requirements are widely popular among the American electorate, even as corporate media routinely depict them as racist.

While some respondents view the Virginia race, in which Youngkin emerged victorious, as a referendum on President Joe Biden’s policies, even more in the poll consider it a win for former President Donald Trump’s America First policies. Nearly half of Virginia voters — 49 percent — believe it is possible to support Trump’s policies without supporting the former president, although 39 percent disagree.

Nearly three-quarters of Youngkin’s supporters said it is possible to support those policies without supporting Trump, but a majority of McAuliffe’s supporters disagree.

Youngkin secured a victory in the Old Dominion State after surging in the polls in the final weeks of the race, besting the defeated Democrat governor 50.7 percent to 48.6 percent — a difference of over 71,000 votes.

Rasmussen’s survey showed that most voters — 77 percent — were “confident that the votes would be accurately counted and the correct winner declared.” A majority of Youngkin’s and McAuliffe’s voters, 63 percent and 92 percent respectively, expressed the same confidence.