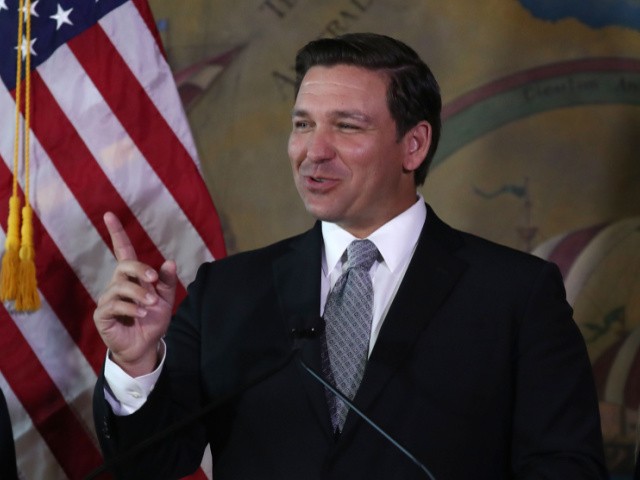 DeSantis said there is a red wave “building” because “people are rebelling against what the Democratic Party stands for nowadays.”

“I think people are rebelling against what the Democratic Party stands for nowadays — the never-ending mandates and restrictions because of COVID, using our school system for leftist indoctrination rather than high-quality education, and then the Biden regime failures from Afghanistan to the southern border, gas prices, inflation, supply chain,” DeSantis declared. “I think you had Glenn Youngkin, who really, I think, did a great job, was a great candidate, and I think he really represented a contrasting vision that was much more appealing to the majority of Virginians.”

He continued, “And I do think, Brian, this wave is building. I think it was strong last night, but I think it’s going to keep building all the way into 2022. And if you go back to the 2010 wave that Republicans had, I think there’s more dissatisfaction with what’s going on in D.C. today than there was at this time in that election cycle. And that is good news for Republicans, and that is bad news for Joe Biden and his regime.”