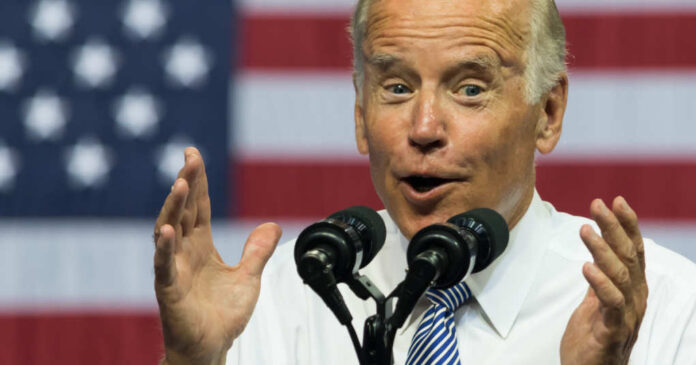 Florida is one of the few states where growth is taking place free of Democratic influence. The leftist regime wants all states under the destructive umbrella of Joe Biden. They want to be able to dictate what private companies can do while at the same time subjecting all workers to socialist conditions.

States such as California and other blue-controlled areas are suffering the onset of a massive recession. The liberals want to continue to impose nasty restrictions and other mandates on people that keep them from working their jobs and earning a living. Instead, the federal government has created substantial handout programs to encourage people to be lazy and non-productive.

Joe Biden is a president of lawsuits. Each one of his actions has led to him being sued on multiple fronts. The old man has destroyed prosperity in America. He has opened the southern border for illegals to flow into the country. And he indeed killed off millions of jobs around the country. On every one of these issues, he has a lawsuit pending. The man is an unconstitutional president.

But Ron DeSantis is not letting him get away with invading the Sunshine state. The “unlawful” actions against federal contractors to be forced to feed the vaccine are not something the governor will let slide. Biden and now NASA is forcing contractors to get the shot or risk losing their contracts.

The space industry is a large part of the economy in Florida. For Biden to mandate a vaccine or risk employment is enough to kill the space industry. And of course, NASA is going along with the mandate because they are being forced to pay $14,000 per violation to the federal government, and their hands are tied as to what they can do for their contractors.

Biden’s lovely mandate strips away the right to choose. And that freedom is one of many things that makes America a great place to live. But the Democrats want to impose themselves on people and instruct them on how to live their lives. Biden has declared that all businesses with 100 or more employees must force them to get the shot or fire them all.

DeSantis and the state Attorney General, Ashley Moody, filed the lawsuit and waited for their day in court. Lawsuits of this nature are bound to come out in favor of employees because the mandate has been deemed illegal in other cases around the country. Biden’s track record in court is a losing record.

The old president has given the contractors to vaccinate by December 8 or be out of a contract. But DeSantis and Moody have reported to Fox News that “Because the government’s unlawful vaccine requirement seeks to interfere with Florida’s employment policies and threaten Florida with economic harm and the loss of federal contracts, the State seeks relief from this Court.”

The Floridian governor has always stated he will fight Biden every time he issues an illegal order. DeSantis said that “Let’s not have Biden come in and effectively take away — threaten to take away — the jobs of people who have been working hard throughout this entire pandemic. I am offended that a police officer could potentially lose their job.”

The pandemic has not been easy on millions of people. They struggled financially during the lockdowns, and now along comes Biden seeking to fire them all. But he is in for a fight for his life because the state is protecting all of its workers.

The Florida legislature is working with the governor to ban Biden’s influence in the state. This lawsuit is not the first to be filed in Florida, and Biden was sued earlier because he allowed illegals to be released without being processed and sent back over the border.

Newsmax reported that the president’s “illegal” catch-and-release policies at the U.S.-Mexico border. The lawsuit says the administration’s policies force Florida to ‘incur millions of dollars in expenses,” which is why Biden sits in court all day.