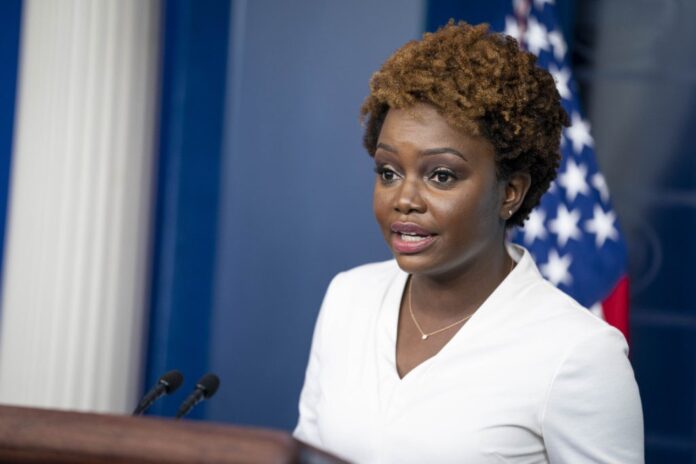 Karine Jean-Pierre appeared confused, ultimately punting the question to the Department of Justice regarding the concept of payouts to illegal immigrants:

Peter Doocy: “There is a long line to get in this country legally, is there any kind of discussion about giving people who are coming here the right way money?”

Jean-Pierre: “Why would we be giving people who are coming here the right way money?”

Doocy: “Why are you giving people who came here the wrong way money?”

The White House continues struggling with their messaging in response to reports that the Biden administration was considering payouts of $450,000 to individuals who came into the country illegally and were subject to Trump’s strict enforcement policy.

On Thursday, the White House confirmed that President Joe Biden was “perfectly comfortable” with the idea of payouts to illegal immigrants and their families even after the president comment the story “garbage” and “not true.”

The American Civil Liberties Union (ACLU), which filed multiple lawsuits against the federal government on behalf of border crossers affected by Trump’s policies, said in a statement that Biden “may not have been fully briefed” about the Justice Department’s plan, prompting the White House to reverse their messaging.