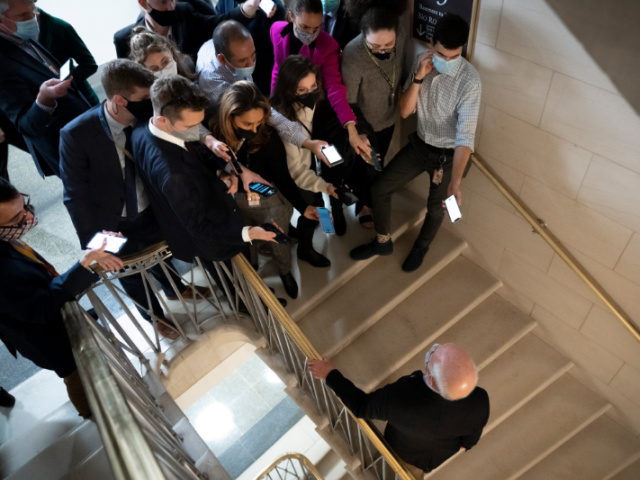 The House voted to concur on the Senate amendment to H.R. 3684, or the so-called bipartisan infrastructure bill, formerly known as the Infrastructure Investment and Jobs Act.

Thirteen House Republicans voted to bail out Pelosi and Biden’s agenda, giving them the majority in the House necessary to pass the bill.

Moderates pledged to vote for the Build Back Better Act once they receive a Congressional Budget Office (CBO score,”no later than the week of November 15:”

As part of the agreement, Rep. Pramila Jayapal (D-WA), the chair of the Congressional Progressive Caucus (CPC), said in a statement that they will vote to pass the bipartisan infrastructure bill and the rule for the $1.75 trillion Build Back Better Act.

Former President Donald Trump released a statement before the vote, saying that progressives are “being lied to and played” by moderate Democrats.

“So interesting to watch the so-called Democrat “Progressives” being lied to and played by the Democrat Moderates,” Trump said. “It used to be the other way around. Let’s see if the Progressives fold, and how long it will take them to do so?”

The so-called bipartisan infrastructure bill passed through the Senate with 19 Senate Republicans despite strong opposition from Senate conservatives.

Sen. Mike Braun (R-IN) said in August that Republicans are “complicit” by supporting the bipartisan bill, as it would lead to the passage of the Democrats’ Build Back Better Act.

Since August, Banks has noted that the bill would not actually fund infrastructure, while it adds to the debt and is rotten with leftist carveouts:

The bipartisan infrastructure would also advance leftist priorities by:

Notably, the so-called bipartisan infrastructure bill does not contain any sizable conservative victories.

The legislation calls for a study to review the potential impact of revoking the permit for the Keystone XL pipeline, even though it does not restore the job-creating project. The bill also has billions of dollars for border crossers and zero dollars for a border wall.