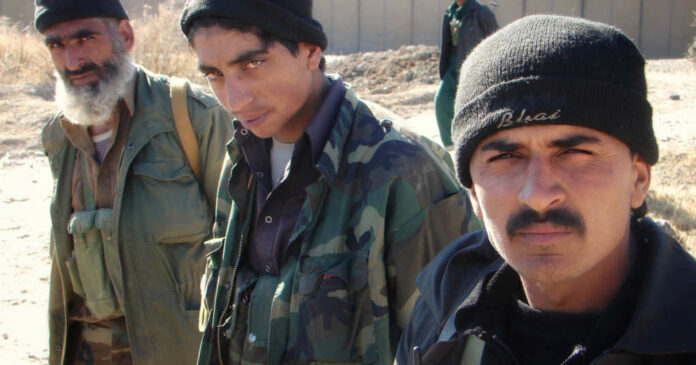 The vacuum of terror that Joe Biden has created with his lustful pull out of Afghanistan has led people to join ISIS or die. Citizens that were once loyal to the United States have been found joining ISIS. The abandonment by Biden left many of these people without an income, so they turned to the terrorist for help.

Islamic terrorists hunt these people because they are viewed as enemies of ISIS for helping America. But now, they are being forced to join ISIS or risk losing their lives and everything they hold dear.

The Wall Street Journal found out about the issue and stated that “The number of defectors joining the terrorist group is relatively small, but growing, according to Taliban leaders, former Afghan republic security officials and people who know the defectors. Importantly, these new recruits bring to Islamic State critical expertise in intelligence-gathering and warfare techniques, potentially strengthening the extremist organization’s ability to contest Taliban supremacy.”

The alarming reality of what Biden has done is mind-blowing. He has allowed terrorism to return to Afghanistan, and now he has helped increase their numbers. Joe Biden sits in a position of power that allows him to aid America’s enemies.

The people left behind and abandoned by Biden had a choice to make. They could either resist joining the Taliban and die, or they could join and kill others in the name of the Islamic state. Biden left behind them, which makes them prime volunteers want to attack the United States for deserting them when they should have been taken out of harm’s way.

Many of the people joining up with the Islamic terrorist do not have a choice. And some of those people had served in the military. So, they not only have been abandoned but are trained in the art of warfare. Biden has done a great job of arming America’s enemies with well-trained people and has been betrayed by their next target.

Army officers that once stood with American troops for freedom are now fighting for slavery and oppression. But they have a little option from which to choose because Biden left them there all alone.

The Wall Street Journal also noted that those who served in intelligence were told to join or die. ISIS is quickly becoming the only way of life for many people. Rahmatullah Nabil, the head of Afghanistan’s National Directorate of Security, stated that “In some areas, ISIS has become very attractive to Afghan military who have been left behind. If there were a resistance, they would have joined the resistance. [But], For the time being, ISIS is the only other armed group.”

Nothing is resisting ISIS and its murderous takeover. No one has a choice in the matter. Joe Biden seems to be a leader that seeks to strip people of the right to choose. He is an international disaster and will not even admit he makes mistakes.

Colin Kahl is the undersecretary of defense for policy. He indicates that ISIS could be powerful enough with their newfound help to attack the United States in a few months. He said, “We could see ISIS-K generate that capability in somewhere between six or 12 months, according to current assessments [from the intelligence community]. And for al Qaeda, it would take a year or two to reconstitute that capability. We have to remain vigilant against that possibility.”

He assumes the time frame, but it could be sooner based on the number of betrayed joining their ranks. Only after the disaster, the liberals begin to see the danger of the door they opened.

Many top generals in America are stating the same thing. The terrorists in Afghanistan are a significant threat to nations around the world. And all free nations are targets because Joe Biden left people behind and let the enemy take back the land from which they were expelled.