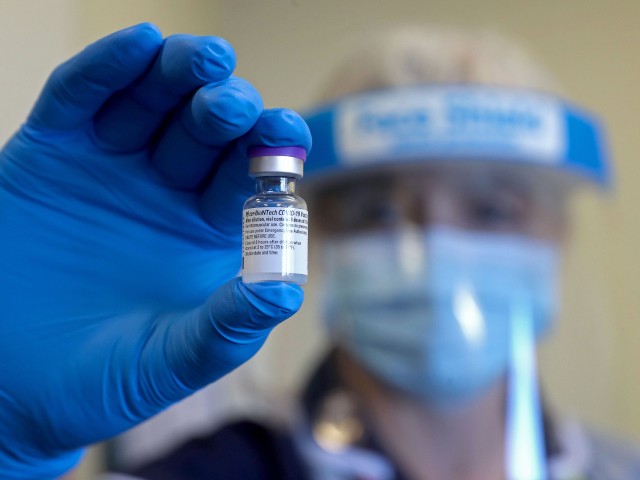 The ruling from a three-judge panel on Saturday resulted from a stay sought by the states of Texas, Utah, Mississippi and South Carolina, as well as several businesses that opposed the Biden plan. The states and businesses filed a petition of review of the agency action, which goes directly to a federal appeals court instead of a one-judge federal district trial court.

“Because the petitions give cause to believe there are grave statutory and constitutional issues with the Mandate, the Mandate is hereby stayed pending further action by this court,” the judges wrote.

This past September, President Biden announced that the Department of Labor’s Occupational Safety and Health Administration (OSHA) will mandate that private companies with 100 or more employees implement vaccine mandates or require negative tests. The president waited nearly two months before releasing the details of his plan, which would not have even taken effect until January of 2022. A company in violation of the mandate could be fined $136,532.

“Yesterday, I sued the Biden Admin over its unlawful OSHA vax mandate. WE WON. Just this morning, citing ‘grave statutory and constitutional issues,’ the 5th Circuit stayed the mandate,” Paxton tweeted. “The fight is not over and I will never stop resisting this Admin’s unconstitutional overreach!”

The initial lawsuit alleged that President Biden did not have the authority to issue such a sweeping public health mandate, arguing that it would cause severe economic fallout, according to The Hill.

“Its unlawful mandate will cause injuries and hardship to working families, inflict economic disruption and staffing shortages on the States and private employers, and impose even greater strains on struggling labor markets and supply chains,” a filing from a coalition of attorneys general led by Missouri Attorney General Eric Schmitt alleged.

The ruling does not create legal precedent, but it is an important victory for challengers as it could signal which way the court would go on the merits as the case moves forward. The White House has not yet commented on the ruling.

In a final item that bodes ill for the Biden administration, the panel of the New Orleans-based appeals court wrote that all future cases, appeals, motions, and petitions on this issue in that jurisdiction shall be assigned to that same three-judge panel under this docket number. The judges are Edith Jones – an appointee of President Ronald Reagan and one of the most respected and brilliant conservative federal appeals judges in the nation, and Kyle Duncan and Kurt Engelhardt, both appointed by President Donald Trump.