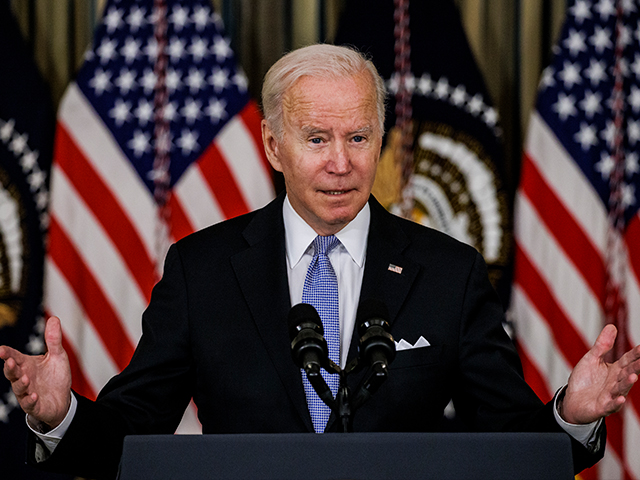 1. The bill is a poisoned chalice–because Democrats poisoned it.

On November 6, the morning after BIF passed the U.S. House, the lead story in Politico bannered this headline: “‘Whole day was a clusterf–‘: Dems overcome distrust to send infra bill to Biden.” Hmm. Clusterf–. That’s not such a nice word, is it? Not a quote to inspire confidence, eh? And yet the quote came not from a Republican, but from a Democrat in the House, Mark Pocan of Wisconsin.

Indeed, Democrats have had a rough ride these past few months, as previous attempts to pass BIF fell prey to internal divisions, the bitter feud between liberal and left-wing members. As the Politico article continued, “Democratic leaders hope the deal Friday brings an end to their party’s months-long internal standoff, which caused a string of embarrassments for leadership including two high-profile abandonments of votes after Biden visits to the Capitol.” Yes, Democrats got their bill, but they got it ugly.

Amusingly, some Democrats have been eager to further widen the split. For instance, on October 28, Curtis Houck of Newsbusters, the conservative media watchdog group, caught this exchange between an MSNBC host and a new member of Rep. Alexandria Ocasio-Cortez’s “Squad”:

Joy Reid to Rep. Cori Bush (D-MO) says the bipartisan infrastructure deal on roads and bridges would ONLY benefit white people: “[T]here was not one person of color on that team. It was negotiated by an all white, conservative group of people and as you said, that’s going to help one set of people.”

To put it mildly, such sneering commentary–declaring that BIF is racist–is not helpful the political optics of the bill. Indeed, for months now, the headlines have been variations of “Democrats in Disarray”; such feuding and sausage-making is a turnoff to voters.

So it’s little wonder that, during these draggy negotiations, Biden’s approval rating has continue to skid. And so while the president may now get a bump in the polls–the Main Stream Media will do its best!–he’s unlikely to build back to even 50 percent approval. Pain.

2. The passage of the bill was a defeat for the hard left.

It’s quite possible that the House could have passed this same BIF bill on October 28, when Biden visited the Capitol; the original plan was for Biden to lobby for its passage. And yet the president chose not to do so. Why not? Because, as Politico reported, Rep. Pramila Jayapal (D-WA), chair of the Congressional Progressive Caucus, had gone behind the back of House Speaker Nancy Pelosi (D-CA) to persuade the White House not to have Biden push for BIF. You see, Jayapal did not want BIF to pass by itself; she wanted to maintain the linkage between BIF and the much bigger spending bill that Jayapal’s hard left champions, namely Building Back Better (BBB). In Jayapal’s mind, it should have been a package deal-all or nothing. So on the 28th, at Jayapal’s request, Biden did not press for a vote on BIF by itself, and so the vote didn’t happen. Pelosi was blindsided and, to use a soft word, was dismayed.

BIF not being enacted back then was a huge damper on Democrats. Indeed, it’s at least arguable that the lack of a legislative victory on Capitol Hill cost Democratic gubernatorial candidate Terry McAuliffe his chance at a win in nearby Virginia. As one of Virginia’s Democratic senators, Mark Warner, said ruefully:

Only in Washington do people think that it is a smart strategy to take a once-in-a-generation investment in infrastructure and prevent your President from signing that bill into law. And that’s somehow a good strategy.

And so the blame for McAuliffe’s defeat–and for Democratic defeats nationwide–landed squarely on Jayapal and her fellow lefties. As a result, on November 5, House Democrats did what they hadn’t done just a week before: Vote “aye” on BIF, without any true linkage to BBB. In the worlds of an unnamed Democratic Congressional source, “Jayapal couldn’t sustain their obstruction with clear pressure from POTUS and Pelosi.”

Yet even if the hard left was defeated on Friday night, it is still fighting. All six members of The Squad–the aforementioned Reps. AOC and Cori Bush, as well as Reps. Jamaal Bowman (D-NY), Ilhan Omar (D-MN), Ayanna Presley (D-MA), and Rashida Tlaib (D-MI) were BIF “nays.”

Indeed, the hard left may yet get the last laugh. That possibility was tucked away in the comments section of a November 5 article in The Washington Post; there, we see this interesting take from one “Bubba Smedley”:

It might seem risky to put too much credence in a single comment suggesting such Machiavellian motives. However, the Post readership is full of political-lifer types, who might well know whereof they write. So is this obscure commentary on Jayapal’s plan to take over the House Democratic minority the inside dope from a knower? Or is it disinformation from a spinner? Time will tell!

New presidents tend to get the big thing that they want in their first year or so: Back in 1981, Ronald Reagan got his tax cut through Congress; in 1993, Bill Clinton got his tax increase; in 2001, George W. Bush got his tax cut (before 9/11); in early 2010, Barack Obama got Obamacare; and in 2017, Donald Trump got his tax cut (curiously enough, the border wall was, at that time, secondary). Typically, after that, presidential momentum slows down. So on November 5, we probably saw Peak Biden.

As Rep. Abigail Spanberger (D-VA), said of Biden, “Nobody elected him to be FDR.” That is, Americans have never wanted Biden to Biden to enact a bold left-wing agenda, a la Franklin D. Roosevelt’s New Deal back in the 1930s, and so they used the November 2 elections to send that message: Knock it off, Joe. So for Biden, BIF may be as good as it gets.

4. The fate of the larger Build Back Better bill is very uncertain.

Spanberger may be just one Democratic voice, but The New York Times editorial board is the flagship of mainstream Democratic thinking, and it has just issued a similar warning. In a November 4 editorial, headlined, “Democrats deny political reality at their own peril,” the Times opined that the election results “are a sign that significant parts of the electorate are feeling leery of a sharp leftward push in the party, including on priorities like Build Back Better, which have some strong provisions and some discretionary ones driving up the price tag.”

In other words, the Times is telling fellow Democrats to cool their jets. But will they? That remains to be seen. After all, it’s not just Jayapal who wants BBB, it’s also Biden, Pelosi, and 90 percent or more of Congressional Democrats. At a minimum, the House and Senate leadership will push ahead with BBB, and then we’ll find out whether or not a few moderate (relative term) Democrats in the House and Senate are able to block its passage.

In the meantime, of course, sharp-minded Republicans want the Democrats to keep reaching–and over-reaching. One such is Republican political consultant Jeff Roe, who just quarterbacked Glenn Youngkin to victory in the Virginia gubernatorial race. Roe declares that Democrats are “radicalizing,” and adds, “The Democrats have jumped the shark and they’re the revolutionaries, and they are talking like they are in charge with 60-percent majorities.” But then Roe joked to a listening reporter, “But don’t show this to the Democrats, because we need that to continue to happen.”

5. Republicans are on fire.

It doesn’t matter what clever name Biden and Pelosi give their legislation. It’s all just lipstick on the pig that is their massive tax and spending spree. That means more fuel on the fire of inflation and an ever-gluttonous federal bureaucracy.

And so a major dividing line for 2022 has been drawn. Yes, a few House Republicans voted for BIF, but they are mostly in deep blue states–and some have already announced their retirement (with perhaps more quick exits to come).

Overwhelmingly, the GOP is en fuego on this new legislation, which will become law when signed by Biden. In fact, Republicans are aiming for a retaliatory midterm crush akin to 1994 (when the GOP clobbered Bill Clinton’s Democrats for their 1993 tax increase, as well as their failed attempt at “Hillarycare”), and to 2010 (when the GOP punished Barack Obama’s Democrats for their passage of Obamacare, as well as their misbegotten stab at drastic climate change legislation).

6. There’s a potential opportunity ahead for America First.

BIF contains $15 billion to aid electric vehicles (EV), including $7.5 billion for EV charging stations and $5 billion for the purchase of EV school buses. (That’s all in addition to the many subsidies already in place for EV.)

Most conservatives probably regard subsidies to EV as an elitist green boondoggle, aimed in part at helping Elon Musk grow even richer. And yet at the same time, given planetary political, ecological, and technological trends, it could also be true that EV are, simply, inevitable.

And if they are inevitable, then the one thing that an America Firster should want is to make sure that EV are Made in USA. After all, the America First agenda already includes the “insourcing” of most manufacturing, as has been called for most recently by Sen. Josh Hawley (R-MO), who last month introduced his Make in America to Sell in America Act.

Hawley has a worthy bill, and others, such as Sen. Marco Rubio (R-FL), have advanced the same strong American nationalist goal. And yet no plan aimed at restoring supply chains to the U.S. has much chance of enactment unless at least some Democrats get behind it.

So here’s where the opportunity for an harmonic convergence arises: Americans come together to say that imports from grossly polluting countries, such as coal-fired Red China, are not allowed.

Such a limitation on “dirty” products–including Chinese EV–would be a win for America Firsters, who want things made here in the U.S., and also a win for the greens, who want products to be free of carbon dioxide emissions, including their whole supply chain. (We should pause to note that coal can, in fact, be made perfectly clean: It can be scrubbed of pollutants, and the carbon can be captured–but that’s a topic for another time.)

So for now, we can focus on the idea of blocking Chinese imports using no-CO2 rules as the blunt instrument. In fact, the European Union is already moving in this direction, toward stifling carbon-heavy Chinese imports, and here in the U.S., two Congressional Democrats, Sen. Chris Coons (DE), and Rep. Scott Peters (CA), have proposed a similar “carbon border tax.”

To be sure, it’s too soon to tell if such a grand compromise, red and blue, is possible. But if it is possible, the result would be to light up the hard-pressed American heartland with new manufacturing.

This sixth takeaway is admittedly speculative. In the meantime, the first five takeaways are likely to be dispositive–as the voters decide to dispose of Democratic Congressional majorities in 2022.