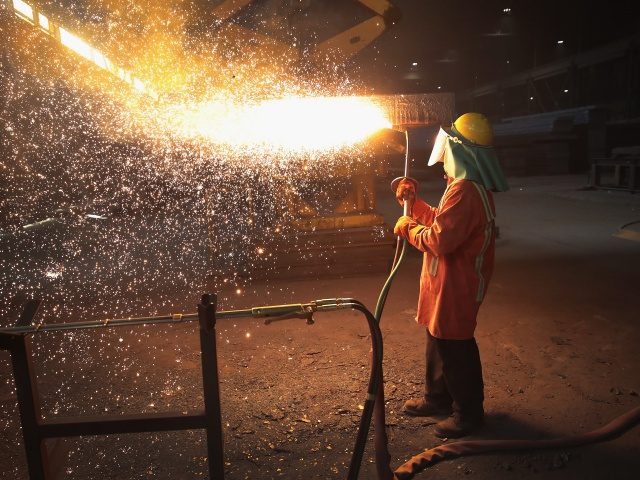 A total of 13 House Republicans and 19 Senate Republicans put Democrats over the line to pass Biden’s infrastructure bill, which includes waivers for industries to bypass “Buy American” rules.

As Breitbart News reported, the bill allows the heads of federal agencies to issue waivers to corporations to work around Buy American requirements if they consider the requirement “inconsistent with the public interest,” or does not meet “satisfactory quality,” or if they believe buying American will increase costs for the projects.

The waivers will only be reviewed every five years and will have to be justified in the Federal Register with a public comment period of no fewer than 30 days. The waivers are likely to be a massive benefit for corporations that produce materials and products, often linked to the Chinese Communist Party.

The 13 House Republicans who voted for the bill include:

The 19 Senate Republicans who voted for the bill include:

Twice, in the House and Senate, Republican lawmakers sought to include strict Buy American requirements to ensure that industries would not be allowed to simply secure waivers through well-connected federal agency heads.

Each time, the amendments were crushed and the Republicans who proposed them ultimately voted against the bill.

Though the language of the bill seeks to boost Buy American standards, the waivers are a vehicle to continue economic globalism that has lifted tariffs at the expense of U.S. jobs and wages over the last six decades in favor of importing cheap materials and products via free trade.

American manufacturing is vital to the U.S. economy, as every one manufacturing job supports an additional 7.4 American jobs in other industries.