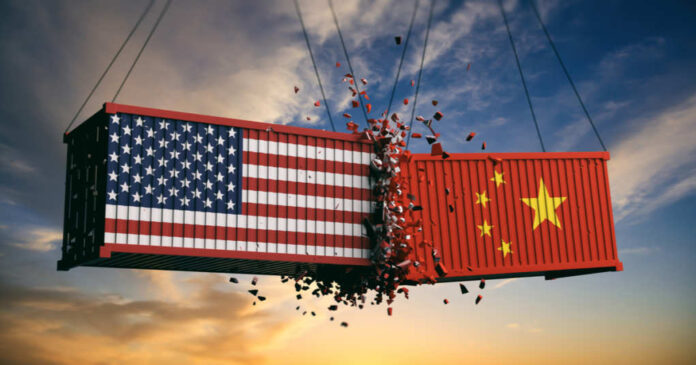 Since 1912, China has claimed the self-ruled nation of Taiwan as still belonging to them. It was unrightfully stolen and one day they’re going to steal it back. For 109 years the threat has appeared idle at best, but new technology and weaponry are bringing the likelihood of China achieving its long-term goal better in focus, and it isn’t only worrisome to the Taiwanese who have everything to lose.

The European Union isn’t fond of the idea of China invading the island nation either. As a precursor to heading the commies off at the pass, the EU passed a resolution that called for its entire body of nations to “intensify EU-Taiwan political relations.”

Consisting of 13 members, the EU committee on foreign interference in democratic processes touched down in Taipei for the first time ever. Greeted by Taiwan’s Premier Su Tseng-chang, he said, “Although we are geographically very far away, between our two sides, we share the same values, such as freedom, democracy, human rights, and rule of law. …In those regards, we are actually very close.”

In addition to Tseng-chang, the group will sit down with President Tsai Ing-wen, and Taiwan’s Digital Minister, Audry Tand. From there they will go into think tanks where they will be joined by Taiwan’s non-profit sector that deals with combating the hordes of disinformation that pours into Taiwan via their enemy to the north.

The visit comes amid Bejing vowing to use force if need be to get their island back. China has been wagging its dragon tail lately with military flyovers in Taiwan airspace and naval combat drills in the South China Sea.

Chairperson of the EU committee, Raphael Glucksmann, told Tseng-chang, “The flourishing of your democracy is formidable and this is why we are so happy to be here. You have shown that in this region democracy can flourish and [sic] that authoritarian regimes are not the future.”

Of the EU nations, China likes Lithuania the least. They didn’t appreciate Lithuania accepting Taiwan’s request to establish an embassy in Taipei this past summer, or the hundreds of thousands of dollars worth of COVID-19 vaccine they gave to the island. In retaliation, China called their ambassador in Lithuania home and sent the Lithuanian ambassador in Bejing packing.

The resolution calls for all EU nations to begin bilaterally investing in Taiwan and it passed by an overwhelming 580-26 votes. The U.S. is already committed to Taiwan’s continuing growth and with the EU now on board, China just may need to back off. This is the ultimate plan, anyway.

Whether or not it matters, the EU told Bejing to immediately stop its “ongoing intrusions into Taiwan’s air defense identification.” For good measure, they tossed in, “EU greatly values security in the Taiwan Strait.” Polite but to the point.

Taiwan’s Foreign Minister, Joseph Wu, is all about gathering as many nations to his countries side as he can collect. He took a sweet-talking diplomatic trip to Slovakia and the Czech Republic to sway them into some type of cooperation, and from the sound of things, it was a successful mission.

With how things are working out for Taiwan, It may be another 109 years until China feels froggy enough to jump. But then again, they may follow through with their recent threats to save face. Should they choose to go ahead and try though, they’ll discover how many more nations Taiwan has attracted with Democratic honey instead of Communist dragon crap.