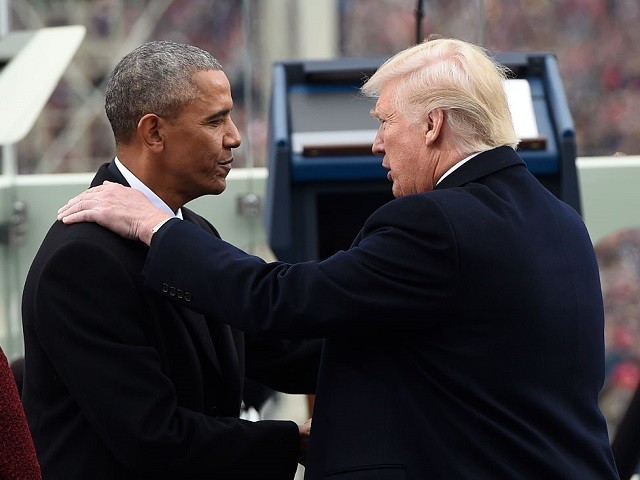 Obama will blame the “rise of nationalism and tribal impulses around the world,” for hurting the global response to climate change, blaming “a lack of leadership on America’s part for four years on a host of multilateral issues,” according to a preview of his speech provided to CNN.

“I was elected to represent the citizens of Pittsburgh, not Paris,” Trump said in his speech announcing the decision while detailing Obama’s clear lack of solid results in his endless global climate quest.

But Obama will criticize Trump, without specifically mentioning his name, for “four years of active hostility towards climate science.”

Obama plans to join all of the private jet-setting elites at the lengthy climate change summit in Glasgow, Scotland and deliver a message of hope to those wringing their hands about the climate fight.

“[T]here are times when I feel discouraged, when the future seems bleak, and I am doubtful that humanity can get its act together before it’s too late,” Obama will say. “And yet, whenever I feel such despondency, I remind myself that cynicism is the recourse of cowards. We can’t afford hopelessness.”

Obama will also send a message to the youth, urging them against alienating adults from the urgency of their message on climate.

“To change those folks, we can’t just yell at them, or tweet at them, or inconvenience them by blocking traffic through protests,” Obama will say, urging young people to “listen to the objections and reluctance of ordinary people.”

The former president is expected to back President Joe Biden’s decision to get back into the Paris climate agreement and also make commitments to curb methane.