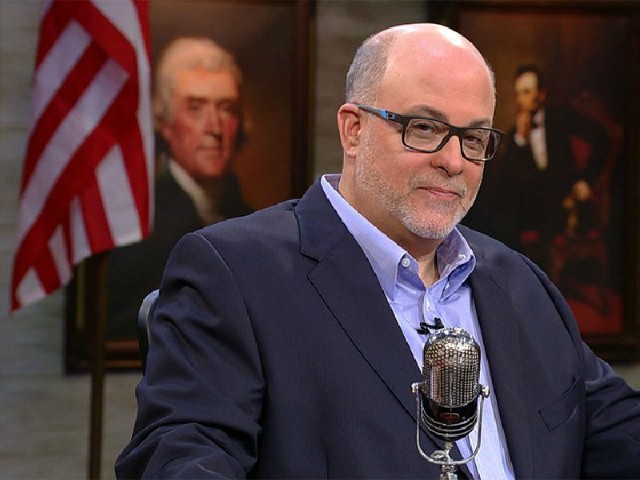 Conservative talker Mark Levin on Sunday offered a big-picture take on the state of the Democratic Party on the heels of the New Jersey and Virginia gubernatorial elections.

Levin took aim at the media for claims those who voted for the Republican candidates were “racist.” According to Levin, the media and their “racist professors, racist activist, racist hosts” were the ones who warranted scrutiny.

LEVIN: We have Kevin McCarthy, the Republican leader in the House, and former senator, former Governor of Virginia, George Allen, and we’re going to take a deep dive into the election results and matters related to that.

Critical race theory and the destruction of our classrooms, the de-growth movement under the rubric of climate change, and the war on capitalism; this transgender movement, and so forth. These were destroying our country.

We looked at other issues too, of course. Open borders, and the attack on separation of powers, on the independence of the courts, and on and on and on.

This is the modern-day Democratic Party. It is the model through which American Marxism represents itself. And you can see the media today, the media today celebrate, defend, and promote these various movements.

Critical Race Theory: First, they denied exists, and then they say, what? Are you scared of it? Why cancel it? Same with the de-growth movement, the war on capitalism, and on and on and on.

And so we have people, politicians in Washington, we have hosts on radio and TV who are trying to figure out what happened this week in the election. Well what happened was this: A movement was building very, very quietly under the radar. Millions of millions of people were involved.

Millions of people who read “American Marxism” or listen to talk radio, millions of people who had enough of what’s going on in Washington and the personal effect that has on them, whether it’s inflation, the price of groceries, the price of gasoline, and this talk about fundamentally transitioning our economic system to something else, and this talk about white racism and white supremacy day in and day out.

People are sick and tired of the whole thing.

The Reagan Revolution was a grassroots movement opposed by the Republican establishment. It took Reagan three times before he became the nominee and one of the most successful Presidents in American history. The rise of the Tea Party Movement when I wrote the book, “Liberty and Tyranny,” they came out simultaneously. The Tea Party Movement which gave a majority to the House Republicans, almost took over the Senate as well and was opposed and fought by the Republican establishment and their surrogates in the media.

The Trump Revolution which completely changed our politics still opposed by establishment Republicans and the so-called Never Trumpers and so forth.

We saw what happened two summers ago in our streets to our cities. We saw what they did to our police forces from sea to shining sea. We saw how they tried to overturn this country, turn it inside out, turn it into a country we would not even recognize, destroying it from within, and when we had an opportunity to push back, we pushed back, we pushed back on our school systems.

We’re pushing back with this monstrous bill that Biden, Pelosi, and Schumer want to push through that will fundamentally alter our government and our economic system. We are pushing back, and we must continue to push back.

These American Marxists, they are awake 24/7 trying to figure out how to sabotage this nation. We have to continue to be resolute. Fantastic election night the other night from Virginia, New Jersey, New York, Pennsylvania, Texas, Colorado, Kansas — throughout the country, School Boards, local sheriffs elections, big victories.

But they’re just victories last week. We need to build on this. We need to go on offense. We need to put them on their heels. They need to respond to us.

Have you seen the media? The media have now turned on quote-unquote, white women in the suburbs. Two elections ago, they couldn’t slobber over them enough because they were voting for Biden, they thought. Well now, in Virginia, and in New Jersey, they didn’t. They voted against the Democrats in order to protect their children, their flesh and blood from this American Marxist movement called critical race theory.

What do the media say? Oh, these are racist white women in the suburbs now. Everybody is racist, of course, but the racists. The people who push critical racist theory, they are the racist. The people in the media, especially MSNBC and CNN, racist professors, racist activist, racist hosts — day in and day out. And what do they do? Righteous people who believe in diversity, who have no problem with people of other faiths and backgrounds and pigmentation and so forth. You are the ones who they demonize and attack.

And one other thing about what took place last week. The relentless attacks on Donald Trump, they completely backfired. Terry McAuliffe, the former bagman for the Clintons. Terry McAuliffe could not say Donald Trump’s name enough, and for most of the campaign, almost right up to the end, he was running against Donald Trump.

Your attempt to turn this into a Trump race, you lost. Now Glenn Youngkin and the team over there ran a fantastic campaign, as they did in New Jersey as they did all over the country.

We must embrace this country, our founding our patriotism, push back against what’s taking place. And that’s exactly what is happening.

I want to remind you, albeit briefly, of what I said in the first chapter of “America Marxism,” which has now sold almost 1.2 million copies during this summer, during the lead up to this victory where millions of you have read it, have passed along the message, had been the Paul Revere’s — the Paul Revere’s throughout this country, under the radar, unrecognized by the establishment politicians in Washington.

“American Marxism has made great progress toward instituting its goals over the last several years. If it is to be defeated, as it must, albeit, a daunting and complex mission, its existence must first be acknowledged and labeled for what it is. The urgency of the moment must be realized and the emergence of a unified patriotic front, a previously docile, divergent, and/or disputatious societal, cultural, and political factions and forces, which have in common their belief that America is worth defending, must immediately galvanize around and rally to the cause.”

“We must rise to the challenge, as did our founding fathers when they confronted the most powerful force on earth, (that’s right), the British Empire and defeated it. Admittedly, in numerous ways, today’s threat is more byzantine, as it now inhabits most of our institutions and menaces from within, making engagement difficult and complicated.”

“Nonetheless, I fervently believe America as we know it will be forever lost if we do not prevail.”

But keep up the fight, we’ve got a long way to go, a long way to go. Not just in our schools, but in our corporations, in our colleges and universities, defending the police, defending the military, securing the border, getting our Constitution back, fighting off the effort to destroy separation of powers and the independence of the courts.

This is our mission. These are the forces that we are up against. And I could not be more proud of you, the American people, who are saying, “This is my country, regardless of your background and your race, and I’m going to defend it.”

And look at who won in Virginia, a white Governor, a black Lieutenant Governor, and a brown Attorney General. And guess what? The media in this country are calling them racists. Racists.