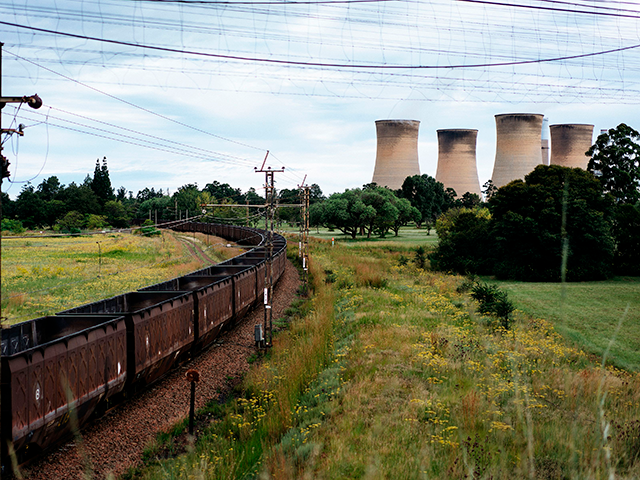 The pledge advanced at the COP26 climate summit in Glasgow, Scotland, proposed an end to financing for coal by the 2030s for major economies and 2040s for developing nations. 40 national governments and institutions signed the pledge, but South Africa was not among them.

“South Africa has not signed the move away from coal pledge. Our position in negotiations is that any decisions need to be made in the process of formal negotiations through the convention,” said South Africa’s Forestry, Fisheries, and the Environment Minister, Barbara Creecy.

“I think that we would be worried about situations where there’s an increase in tendency to set up platforms and pledges that are outside of the negotiation process. We think that it disadvantages developing countries,” she said.

Besides objecting to the rushed process of these climate pledges – which even some climate activists deride as theatrical, toothless “greenwashing” because they were not negotiated and properly ratified by national legislatures – Creecy said rushing to abandon coal could damage South Africa’s economy.

“What will happen is that the country will end up with stranded assets. And we know that in any transition there are winners and losers. The losers are seldom owners, it’s normally the workers and the communities,” she said.

As with officials from many other developing nations, Creecy endorsed the idea of “climate justice,” which means rich nations with a long history of industrialization like the United States would pay more and reduce carbon emissions faster, giving poor countries a chance to catch up. She suggested few African nations are prepared to accept the high costs and reduced industrial output of plans for dramatic carbon reduction by 2030 or 2050.

South Africa currently relies on coal power plants for almost 90 percent of its electric power, and it has an enormous coal mining industry to fuel those plants.

The coal industry is concentrated in the Mpumalanga province, which would bear the brunt of the economic damage from a rapid move away from coal – including some 450,000 jobs lost in a region that already has 34% unemployment.

South Africa’s notoriously dirty coal plants make it the worst carbon polluter per capita in the world, according to climate activists, so its refusal to sign the coal phase-out pledge will be a major disappointment for COP26.

The United States, United Kingdom, France, Germany, and European Union announced an $8.5 billion “decarbonization” partnership for South Africa at the Glasgow climate summit. Details of the plan have not been worked out yet. South African leaders, including President Cyril Ramaphosa, have strongly hinted they will not make any economic sacrifices until they see money on the table.

“We want your more developed economies that have been responsible for the greatest emissions in the world, to be the ones who will live up to the offers they have made in the past. Once they do that, we will then be able to navigate our own transition,” Ramaphosa said in early October, when explaining why he would not personally attend COP26.