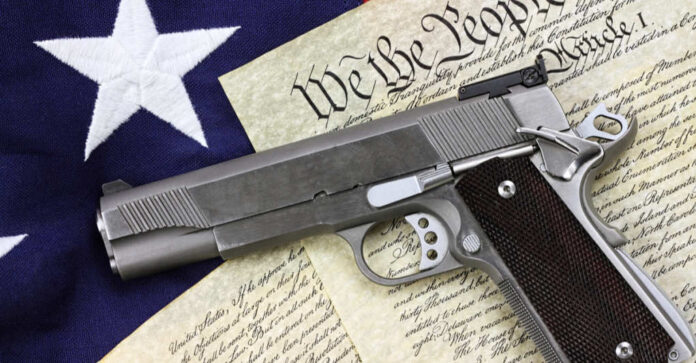 Wednesday was an important day for America and an intense day for the Supreme Court. The High Court heard arguments focused on a New York gun law that could possibly pave the way for a decision in favor of Second Amendment rights.

The Wall Street Journal reported, “During two hours of oral arguments, the court was receptive to claims from gun owners that New York abrogated the Second Amendment with its 1911 law conditioning concealed-weapons licenses on ‘good moral character’ and ‘proper cause.’”

The Wall Street Journal also noted that it was not quite clear exactly what limits on weapons access the court would allow lawmakers to impose. There is a precedent from the Supreme Court that would allow reasonable regulation of gun rights. But up until now, the court has not provided much clarity beyond affirming restrictions on sensitive locations like schools and courthouses.

Those who support gun rights believe that their Second Amendment rights are made weaker by the process in the state of New York for giving out concealed-weapons licenses.

Paul Clement, who is the representative for petitioners Robert Nash, Brandon Koch, and the New York State Rifle and Pistol Association, said, “In a country with the Second Amendment as a fundamental right, simply having more firearms cannot be a problem.”

Clement also noted that the founders of our country imagined a place where it is individuals who get to make their own decisions about carrying a firearm outside of their home for self-defense.

Barbara Underwood, New York’s lawyer and state Solicitor said, “The problem with [permissive concealed-weapons laws] is that they multiply the number of firearms that are being carried in very densely populated places.”

She also said that without assuming real ill intent on the part of those who carry weapons, these laws could increase the “likelihood that mistakes” will happen, or fights will break out and guns could be used.

Clement made a strong case for a comparison of his client’s request for a concealed carry permit to the way people might get a license to hunt.

According to the report from CNN, Clement maintained that one way to think about this case was that they were asking the court to work in the same way for self-defense as it worked for hunting.

Justice Stephen Breyer noted that the New York law requires applicants to have good moral character, but that societal circumstances could change around them.

He created the scenario that someone could have good moral character, but start drinking a lot, they could be at a football game or something similar and people could get angry with one another. He said that if they had a concealed weapon, who knows what could happen.

Some other justices focused on the difference in location when it comes to this issue. Justice Clarence Thomas said that it was one thing to talk about Manhattan or NYU’s campus. But it was another to talk about rural upstate New York.

Chief Justice John Roberts chimed in saying, “The idea that you need a license to exercise the right, I think is unusual in the context of the Bill of Rights.”

And Justice Brett Kavanaugh echoed, “Why isn’t it good enough to say I live in a violent area, and I want to be able to defend myself?”