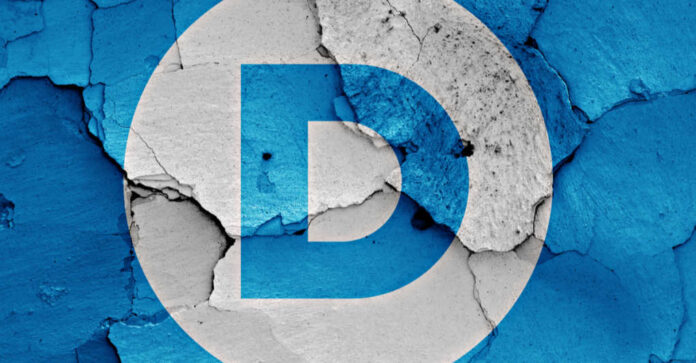 Priorities USA is one of the leading Democratic Super PACs, and they have issued a grave warning to the party about their behavior and results as of late. In a recently leaked memo in response to the massive Republican turnout in Virginia and other states Tuesday, they cut through the rhetoric and spoke straight from the heart.

“Voters are frustrated, skeptical, and tired — of covid, of economic hardship, of school closings, of higher prices and stagnant wages, of unaffordable prescription drugs and health care, and more. Without results (and effectively communicating those results), voters will punish the party in power.”

This is a clear message that they realize how badly the Democrats have broken the party and pushed away a large chunk of their voters.

This division is largely due to the number of swing votes they took in the last election cycle. These people are not party loyalists, they instead look at the individual representing them, and not the party lines.

Now unless you are one of the very few who agrees with every viewpoint your party holds, this makes you a very valuable and important vote. They know what every swing vote they can keep is not only one they ‘took away’ from Republicans, but also cancels out a hardline Republican vote.

Mind you, this is a poor strategy for the long term. This just ensures they get just enough to get the job done while gaining no real traction in the long term. While a worrisome prediction for Republicans to a point, it gives great hope that this can be repeated again and again.

Further to illustrate this point the memo reads “After being exposed to a wide variety of pro-Democratic and anti-Republican messaging, those thinking it would be good if Republicans controlled Congress dropped by a third. That’s why it is vital that our messaging includes a heavy emphasis on the contrast between Democratic priorities and Republican extremism.”

Notice that ending: ‘Republican extremism’. This means Republicans who vote based on what they see is the best option. Yet they consider their same people to have ‘priorities’. This is unabashed hate for the American people who like to think for themselves, have differing opinions, and in turn vote for the best. To them, Republicans don’t have ‘priorities’ but are just ‘extremists’.

To classify those who don’t vote by party lines this way is the opposite of progressive; it’s just hatred. Plain and simple.

This Super PAC’s desire to unite the Democrats under the ‘Build Back Better’ plan has been failing to garner support. The American people don’t want this plan, and yet at every turn, they keep finding ways to try and force it down voter’s throats.

While the idea of them dropping it and moving on sounds great, it won’t happen and conservatives can remain happy with that fact. The more they push these ideas the more swing voters go the Republican way, and the more previously hard-line Democrats open their eyes to voting without consideration to party lines.

Making the change from being hard line to open-minded is not easy for any voter – especially for Democrats, as they have historically been comprised of minority voters. Their ability to connect with minorities has made them a favorite for years in many districts. However, with their recent push for more progressive politics, they have alienated that same voter base.

These people are not going to swing over ‘to the dark side’ easily, so Republicans will need to be supportive and help them see what voting for Republicans can do for them. Given the massive historic pushes against the legalization of marijuana and for further incarceration sentencing, perhaps a Republican swap there is on the horizon to get more of the now ‘on the fence’ Democrats?