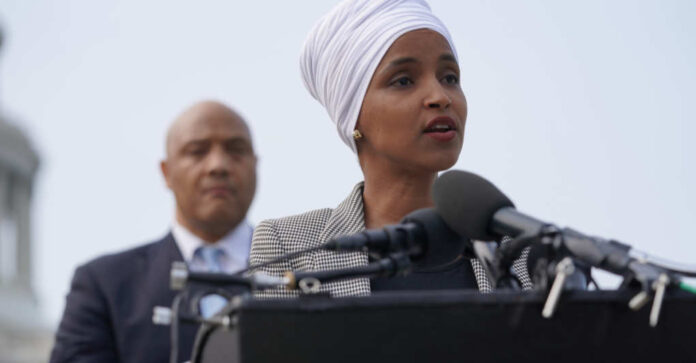 Calling the police when you’re in trouble is what you do. And it’s not a racial issue, though that’s what the liberals want you to believe. If we listened exclusively to the liberal media, we would think that Black people don’t call the cops because they are afraid of being racially profiled.

Only, she’s not listening to the people. If she stopped to listen, she’d hear that most voters are rejecting the idea of replacing the city’s police department with a public safety force.

The measure was proposing that the Minneapolis City Charter eliminate the existing police department. Instead, it would be replaced by a Department of Public Safety. It would offer “public safety functions through a comprehensive public health approach.”

This sounds like an accident waiting to happen, and that’s what many residents think, too.

Minneapolis resident Wynn Wever said, “I like the police. We need the police.” Another resident said that it would be “unwise” to defund the police.

If the residents like the police, why is there such a push to get rid of them?

Well, there are progressives like Ilhan Omar and Minnesota Attorney General Keith Ellison who believe that it would be better to have public safety officials. Then, people won’t have to get arrested. There won’t be the need for jails or prisons.

However, the problem with this is unrealistic. Omar and Ellison are operating on a false belief that all people are inherently good. They believe that the only reason that people are bad is that they have been victimized by the police.

This simply isn’t true. Some people will commit crimes regardless of race and regardless of how the police treat them. And having a public safety official come out to the scene of a crime is not the same as having a police officer come out.

Crime has already been skyrocketing throughout Minneapolis because criminals are taking advantage of the situation. And if the police departments go away entirely, the crime will only continue to worsen.

Omar wants to get everyone riled up with the reminder that she tweeted: “Let’s remember what got us here: the Minneapolis Police Department killed a man, George Floyd, in broad daylight.”

Let’s remember what got us here: the Minneapolis Police Department killed a man, George Floyd, in broad daylight.

This is another part of the problem.

She wants to turn a man who had a long roster of crimes into a hero. The reason that the police were even dealing with Floyd that day is that he held a pregnant woman at gunpoint. He was a criminal. While he didn’t deserve to die, he did deserve to be arrested – and abolishing the police department isn’t going to change that fact.

If Minneapolis (and so many other liberal cities) are going to heal, reform is needed…not abolishment. If the liberals would get off of their soapboxes long enough to listen to the people, they would know that – and every city in the U.S. would be safer as a result of it.