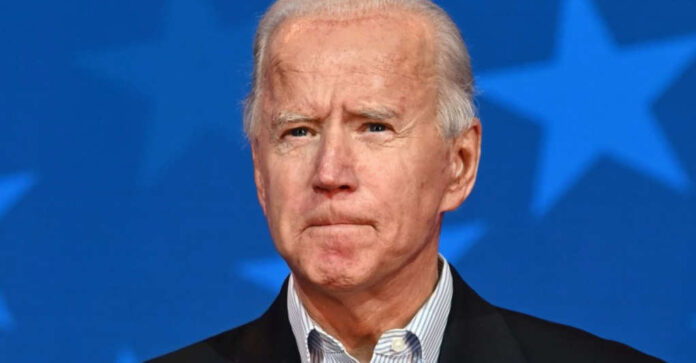 Despite his initial thoughts that Virginia would remain blue, Biden found himself yet again on the losing side of history as Virginia was swept by Republicans.

In a historic election, Glenn Youngkin defeated the strongly Biden-backed Terry McAuliffe. Given Biden’s “We’re gonna win… I think we’re going to win in Virginia,” mindset, they just couldn’t achieve the modest task they were given.

As is fitting in any leftist defeat, Biden remained silent about why they lost and ducking reporters’ questions after his 1:38 am return to Andrews Air Force Base; just hours after the Republicans declared victory. This could be seen as a sign of frustration with voters not trusting his endorsements, or possibly even his own inability to comprehend such a loss.

It certainly was shocking to many who have not been paying attention to this race.

Like many others across the country, those running on the most ‘progressive’ platforms have largely found themselves on the losing end of the stick. The loss by McAuliffe is a devastating one for the Democrats after Biden defeated Trump by 10 points just one year ago.

The flip-flop in the votes for the biggest race of the year in Virginia is one of the most influential flips in this special election year.

Virginia also re-elected each Republican running for the House of Representatives and flipped 5 of those seats back to red from blue. This puts the house much closer to a 50-50 split, and may even give Republicans a slight edge as other states are trickling in. Additionally, Winsome Sears became the lieutenant governor to complete the trifecta of flips.

With Biden remaining silent upon arrival, it is a far cry from his confidence while in Scotland. While at a press conference in Glasgow, Biden openly discussed how much impact he thought his own success or failure would play in the election.

“I’ve not seen any evidence that whether or not I am doing well or poorly, whether or not I’ve got my agenda passed or not, is going to have any real impact on win or lose.”

Unfortunately for Biden, he fails to see things the way Virginians or most Americans do. If the person at the top of the heap (the President) is doing poorly, people expect his party to continue to do poorly as well. If they are making nonsensical decisions and spouting off with random comments that have nothing to do with what is being asked, they associate that with the people below them.

It’s almost as if he was never given the age-old adage ‘you are charged by the company you keep’. This would have served him as well as many Democrats looked to him, Ilhan Omar, Kamala Harris, and AOC for endorsements. Even in states or districts that are not their own.

The problem with looking to people like these is their progressive politics don’t play well in many areas of the country.

As much as they love to clamor for the rights and advancement of people in urban areas, they largely forget the rural voter; John Everyman if you will. Everyman won’t care about making things better for people in the inner city while his crops go unsold due to a glut of foreign grown materials; they won’t care about the city when it means money is being diverted from their small rural school districts.

They instead begin to distrust and turn their backs on them in favor of some who show any love for their small area of the world. Even if they just think a candidate cares about them, it’ll influence their decision.

Virginia is a state with a lot of rural areas, and these voters came out to say ‘no’ to Joe. Anyone aligned with him got it too. That’s politics… that’s life.