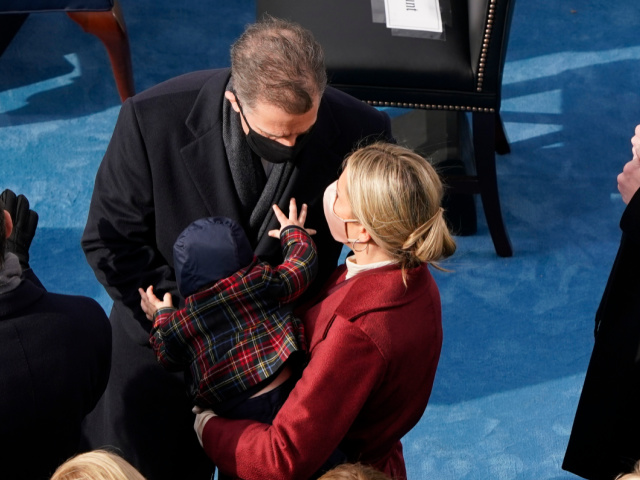 The New York Post reported that journalists questioned the couple about the laptop, asking them, “Hunter did you get your laptop back?”

Cohen told the reporters, “It doesn’t exist,” and Biden responded by saying, “There’s always a smart-ass in the bunch.”

Cohen’s remarks contradict Biden’s statements from an April 2021 interview with CNN where he said, “There could be a laptop out there that was stolen from me.” Biden also discussed Russian hackers as a possibility.

The FBI seized Hunter’s laptop in April 2019 after he left it at a computer repair shop in Delaware.

His laptop became the center of controversy the month before his father, Joe Biden, was elected President of the United States.

The laptop’s hard drive detailed Hunter’s business transactions as well as explicit sex videos. According to the New York Post, “One especially raunchy video appeared to show him smoking crack while engaged in a sex act with an unidentified woman.”