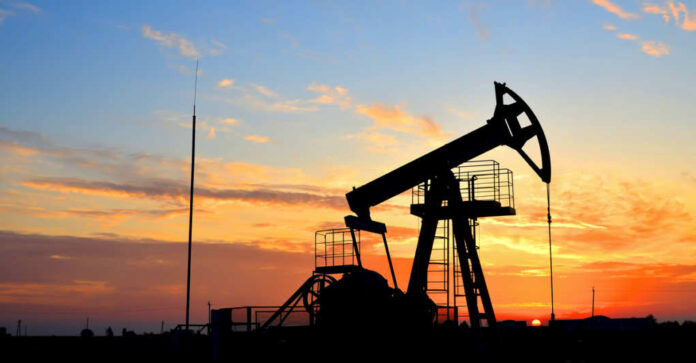 President Biden spoke to reporters from the latest meeting of the climate change warriors (COP26), and he was asked specifically about inflation and rising prices. Instead of accepting even some blame for the problems, Joe did what he does best – passed the buck.

“First of all, a significant reason prices are up, is because of COVID affecting the supply chain. I know you know this…If you take a look at gas prices and you take a look at oil prices that’s a consequence of thus far the refusal of Russia or the OPEC nations to pump more oil. We’ll see what happens on that score sooner than later.”

The supply chain fault is a poor excuse. We have hundreds if not thousands of ships waiting to come into port. We lack the people to move these supplies. In some areas, we are lacking truckers, in other areas we lack dock workers.

A large chunk of this is due to COVID vaccine mandates and people not wanting to work inherently dangerous positions for low wages. COVID has proven how necessary they are, and they want fair compensation for their work. Not really a foreign concept here Joe.

The blame on Russia and OPEC is laughable. The U.S. has more than enough capacity to produce more oil and to use more of our own resources, instead, Joe and the rest of the left have been vilifying oil production from our own shores. It is illogical and irresponsible to blame other countries for problems we can fix ourselves.

That’s what happens when you give over control of oil to foreign nations instead of remaining energy independent! Goodness, this man is dumb. https://t.co/fBnRvYrf9p

Under Trump, we had a booming oil industry, and we were even selling oil to other nations. This meant we were doing what is best for business and in turn the American consumer.

Yet at every turn, Biden and his cronies want someone else to fix the problems.

This passing the responsibility on to someone else has made America weak. We have been a nation that could always count on its people to do the right thing. To help out when things went wrong, yet now we find ourselves stuck in a situation where the people who control how we can help are saying ‘no’.

One of the biggest mistakes was killing off the Keystone pipeline. This cost the state of Alaska thousands of jobs, and thereby killing off massive levels of oil production. The prohibition of drilling on federal lands, and the untold actions of the EPA under his watch have all contributed to these sky-high prices and the supply problems.

The problem with inflation is how the money is spent.

Prices for goods and services go up. The prices for utilities and rent also go up. Yet the money coming in remains the same, or in some cases even goes down as hours are cut.

At a tipping point, it becomes almost impossible to reverse and to lower prices back to reasonable levels. Going the direction Biden is leading the country, this point may be coming much sooner than we expect.

However, if Biden will finally make the tough decisions America can still fix things. Enlist the National Guard and some active-duty transportation units to help lower the congestion at ports.

We have service members who are trained in crane operation, semi-truck driving, and logistics. They could be working the ports and running supplies across the roads.

This would lower the congestion and get the backlog of stacked crates out of shipping yards. It would also give service members true on-the-job experience many employers look at when they get out (many employers refuse to see the Military as real ‘experience’).

We can also turn oil and gas prices around by simply increasing production and releasing some of our strategic reserves. Quite simply lowering the dependence on foreign oil lowers the global prices, and gets American consumer costs to go down. Again, another area the military could be of use.