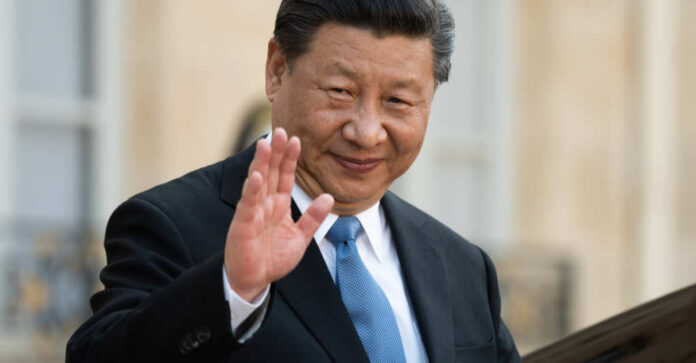 Xi Jinping has been ruling the Chinese Communist Party for the past two terms. And, as we all know, communism is about control. So, why stop with just two terms? He’s clearly got his eye on the future as he’s planning on setting the stage to seek out a third term.

In 2018, China got rid of term limits. It is what would allow Jinping to seek out a third term and continue to rule China. If this sounds familiar at all, it’s similar to what Vladimir Putin did in Russia.

Term limits are for democracies. Russia proved that they wanted to keep the power and now China is doing the same thing.

A closed-door meeting with those ruling the Chinese Communist Party will be taking place. It’s known as the sixth plenum. The goal is to produce a resolution on the party’s history, which is designed to shape politics for decades to come.

This sixth plenum is the last of the meetings for the five-year political cycle. And, it’s already believed that Xi Jinping will be seeking a third term.

What’s on the agenda for this meeting? That’s top secret. The discussions and resolutions won’t be released until after the meeting has finished.

One thing we do know is that Jinping has been looking at the “major achievements and historical experience” of the CCP in its 100-year history, as reported by the state news agency.

According to Dali Yang, a China expert from the University of Chicago, “The 1945 resolution affirmed Mao’s leadership in the CCP, and the 1981 resolution was about turning a new page from the decade-long destructive chaos of Cultural Revolution Mao created. This year’s resolution will be somewhere in between – the party’s past and Xi’s future.”

What’s interesting is that China looks at its past as part of the way that it shapes its future. Additionally, resolutions made within the plenum will also determine how Chinese history is depicted and taught to students in schools. This is where Jinping’s authority comes in – and all of his policies will be viewed as successful.

Basically, regardless of what China may have done poorly, the plenum is a chance to rewrite history. Jinping gets to come off as the hero since he’s the one writing it.

Communism at its best, right?

As the relationships with the U.S. and other western countries deteriorate, we have to ask ourselves what kind of future China wants to have.

Assuming Jinping actually gets the third term as expected, it means that we’ll continue to see an emphasis on purging political enemies, cracking down on minority groups, and pushing “morality and ethics” on society.

Reiterating the principle established by Mao Zedong that “the Party commands the gun,” Xi Jinping has demanded the military be combat-ready. He also boarded China’s first domestically built aircraft carrier. What else did Xi do in this regard? Read: https://t.co/cr8e45TvE8 pic.twitter.com/6JuqQFZTw7

With the Biden administration constantly borrowing strategies from both Russia and China, it wouldn’t surprise us in the least if they tried to abolish presidential terms. Can you imagine Biden for not just one more term but two more? Considering he’s managed to destroy so much in only 10 months of office, it’s terrifying to imagine what he might do with 10 years in office.

Meanwhile, we’ll have to prepare for dealing with Xi Jinping for the possibility of at least another five years…and that may mean that we’re not going to be reaching any amicable agreements in the near future.