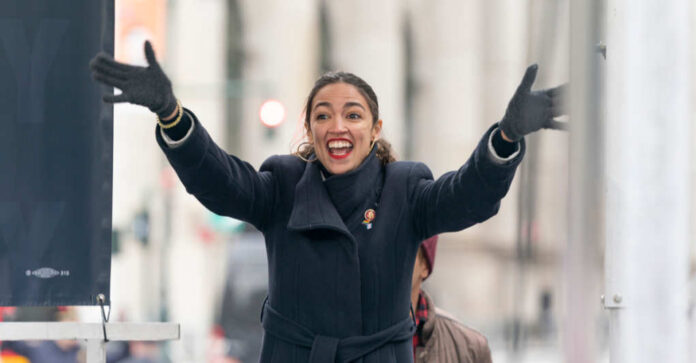 Danger: It’s what most of us live our lives attempting to avoid. So when someone says something is “dangerous,” it typically merits at least a cursory investigation to see if there really is potential harm at stake.

That is, unless one of the most dramatic 30-something women you’ve ever heard says it. If that’s the case, it’s likely just another desperate cry for validation that will end with her yelling if you don’t absolutely agree with her on everything and you wasting your time and her.

And for once, I’m not even talking about conservatives and liberals, this is just regular old Democrats attempting to save their sinking ship while New York socialist Democrat Alexandria Ocasio-Cortez is drilling holes, insisting that the fish need air so they can breathe.

After last Tuesday’s firm throttling that Democrats got in key election areas, such as the Virginia gubernatorial race and the Minneapolis Police Department presentation, the more reasonable of the DNC (if that’s even a thing) took to the cable news channels to talk about how they could win back some of their voters.

Strategists like James Carville said that the far-leftist progressives drug the party so far to the left that they were unable to relate to that coveted 20 percent in the middle of the road, and instead of signing on to an entirely new way of life that has proven over and over again to bring only pain and unhappiness to every culture it touched, they slid slightly right, just enough to hand Republicans nationwide wins.

“What went wrong is this stupid wokeness,” Carville said. “Don’t just look at Virginia and New Jersey. Look at Long Island, look at Buffalo, look at Minneapolis. Even look at Seattle, Washington. I mean, this defund the police lunacy, this taking Abraham Lincoln’s name off of schools, that — people see that.”

“And it’s just — really have a suppressive effect all across the country to Democrats. Some of these people need to go to a woke detox center or something. They’re expressing language that people just don’t use. And there’s a backlash and a frustration at that,” he continued. “Who could even think of something that stupid? And they’re suppressing our vote,” he said of the far progressive theory concluded. “And I have got news for you. You’re hurting the party. You’re hurting the very people that you want to help.”

And with both Republican and Democratic leaders pronouncing before the election that it would likely set the tone for both 2022 and 2024, it was a tough hit for the DNC, so, as intelligent people often do, they decided to amend their strategy. But in classic dictator fashion, the alt-left said that the problem was they weren’t hard enough on freedom.

AOC took to social media, essentially saying that their mistake was whipping with whips instead of whipping with scorpions. The progressive New York rep said that saying the Democrat Party has a “woke problem” is a “dangerous way to think.

Ocasio-Cortez’s initial response to Carville’s came on Friday when she said that “wokeness” was a term “almost exclusively used by older people these days.”

“Like the average audience for people seriously using the word ‘woke’ in a 2021 political discussion are James Carville and Fox News pundits, so that should tell you all you need to know,” she claimed. “And before people disingenuously complain ‘woke’ is denigrating to older people, it’s actually pundits like Carville using terms like ‘woke’ to insult voters under 45 that’s denigrating.”

One dangerous aspect of thinking there’s a “woke problem” is that Dem chances for re-election or majorities in House, Senate, & WH rely on the racial justice issue of voting rights.

But it didn’t end there, the infamous AOC said on Sunday that it was “One dangerous aspect of thinking there’s a ‘woke problem’ is that Dem chances for re-election or majorities in House, Senate, & WH rely on the racial justice issue of voting rights. Dems distancing from racial justice makes protection of voting rights less likely, ensuring losses.”

People think Fox News is just about indoctrinating right-wingers, but it’s also about conditioning Dems on what to run away from. Framing racial justice as “controversial” is key to delaying the protection of voting rights (& others) until it’s too late. We shouldn’t indulge it.

She did not, however, offer any evidence to support this theory. She concluded, “People think Fox News is just about indoctrinating right-wingers, but it’s also about conditioning Dems on what to run away from. Framing racial justice as ‘controversial’ is key to delaying the protection of voting rights (& others) until it’s too late. We shouldn’t indulge it.”