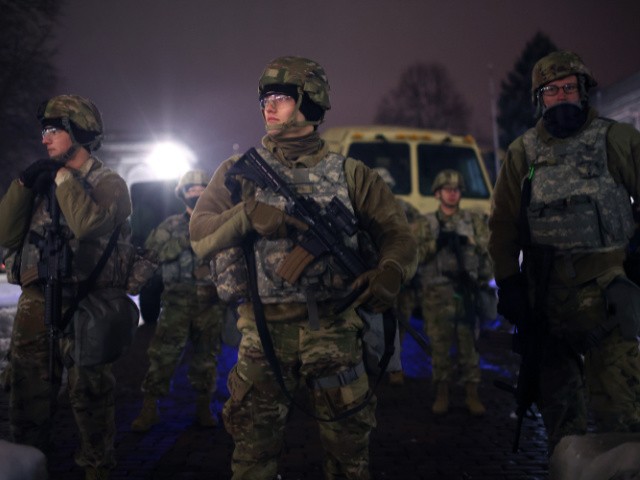 Evers said in a statement:

We continue to be in close contact with our partners at the local level to ensure the state provides support and resources to help keep the Kenosha community and greater area safe. The Kenosha community has been strong, resilient, and has come together through incredibly difficult times these past two years, and that healing is still ongoing. I urge folks who are otherwise not from the area to please respect the community by reconsidering any plans to travel there and encourage those who might choose to assemble and exercise their First Amendment rights to do so safely and peacefully.

We stand ready to support our communities during times of need. In close coordination with the governor, we have assembled approximately 500 Soldiers to help keep the Kenosha community safe, should a request from our local partners come in.

Rittenhouse has plead not guilty to six charges, including first-degree intentional homicide and first-degree reckless homicide.

Rittenhouse, who was 17 when he fatally shot two protesters and wounded a third in August 2020 during a chaotic night of protests in Kenosha over the police shooting of Jacob Blake, a black man, testified that he had acted in self-defense. Jurors are expected to begin deliberating Monday in the case that has left Americans divided over whether the Illinois teenager was a patriot who took a stand against lawlessness or a vigilante who brought a gun to a protest.

The Associated Press contributed to this report.