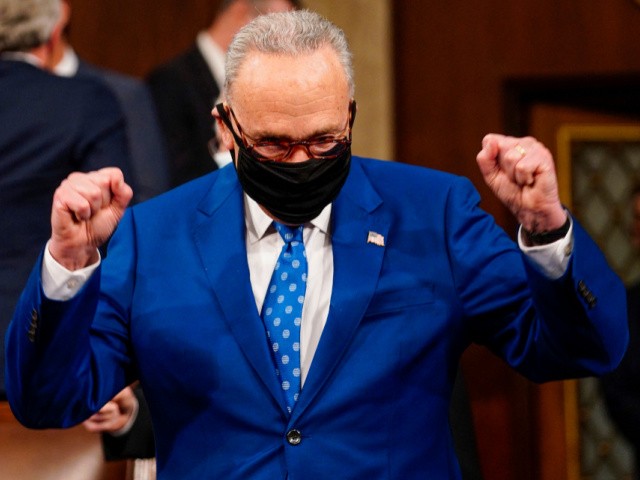 “Not thinking today would be a great day for President Biden and Vice President Harris to #CancelStudentDebt,” Schumer said as part of his frequent reminders for the cause on social media over the months:

Throughout the year, Democrats have begged Biden to take action on student loan debt, asking him to cancel a large portion — up to $50,000. However, Biden has largely balked at the prospect, stating during a townhall in February that he “will not make that happen.” [per student] Instead, he said he is “prepared to write off the $10,000 debt, but not $50,000”:

“He was reiterating his previous stated position, which is that he doesn’t favor $50,000 in student loan relief without limitations,” White House press secretary Jen Psaki told reporters at the time, adding that Biden:

…will ask them [the Department of Justice] to conduct a legal review of his authority to act on executive action in conjunction with a policy review from his Domestic Policy Council on how executive action debt relief, if any, should be targeted.