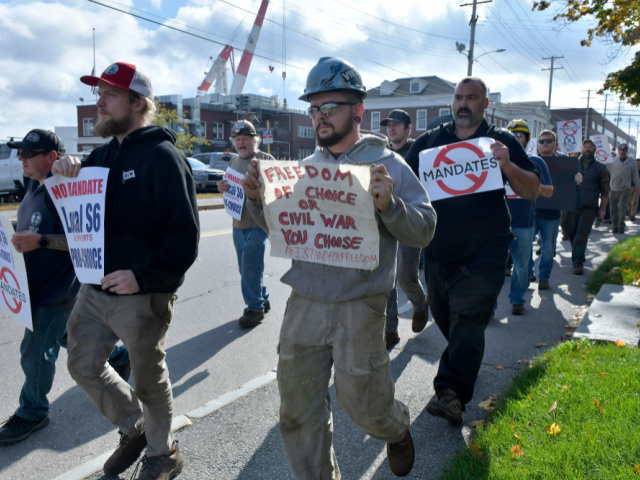 According to the report, 4.4 million Americans — three percent — chose to voluntarily leave their place of employment. The number rose from 2.9 percent in August and 2.7 percent in July. Federal Reserve Economic Data [FRED] shows September’s number is the highest number on record since December of 2000.

Certain job sectors saw the greatest number of quits, and some stayed high but relatively unchanged from previous months. According to the report:

Quits increased in several industries with the largest increases in arts, entertainment, and recreation (+56,000); other services (+47,000); and state and local government education (+30,000). Quits decreased in wholesale trade (-30,000). The number of quits increased in the West region.

Leisure and hospitality and accommodation and food service also reported high quit rates, though each of those industries experienced little to no increase since last month.

The phenomenon has been labeled the “Great Resignation,” in which Americans are quitting their jobs in record numbers and creating significant shortages of workers for businesses. UPI reported:

Not only are the unemployed not filling these positions, but workers are also quitting their current jobs. This is not just an epidemic among the highly skilled who could afford to do this; sectors employing lower-skilled workers such as construction and leisure and hospitality are also not immune.

According to Fox Business, Americans have been quitting their jobs “in droves in recent months” because many are reevaluating their careers during the pandemic.

“Some workers are seeking the ability to work from home while others have been lured by higher pay,” Fox Business reported.

As of the last day of September, there were 10.4 million job openings, with the rate at 6.6 percent.

The rate of hires in September were “little changed” at 6.5 million and 4.4 percent, BLS reported.

“Hires increased in health care and social assistance (+109,000) and finance and insurance (+60,000). Hires decreased in state and local government education (-92,000) and educational services (-89,000). The number of hires was little changed in all four regions,” according to the report.