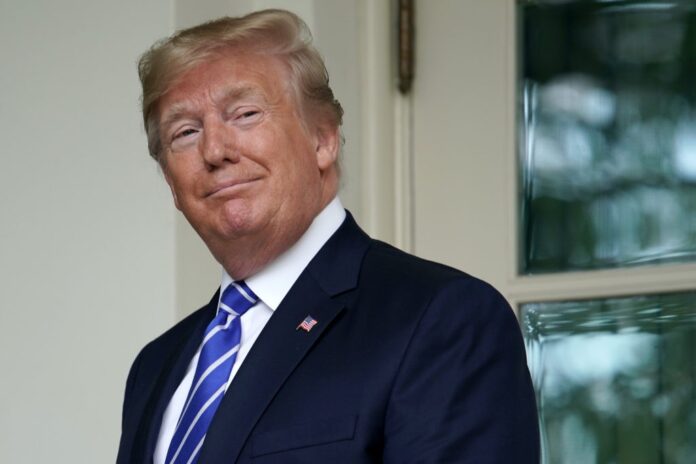 The survey asked respondents, “For whom would you vote if the Republican Primary or Caucus for President was held today?”

Trump takes a dominating lead, as over half, 59.1 percent, chose the former president. No one else even came close, as former Vice President Mike Pence fell 47 points behind with 12 percent support. Florida Gov. Ron DeSantis came in third with 7.4 percent, followed by former U.S. ambassador to the U.N. Nikki Haley (5.2 percent), former Secretary of State Mike Pompeo (2.2 percent). Texas Gov. Greg Abbott (1.6 percent), Sen. Ted Cruz (1.5 percent), and Marco Rubio (1.3 percent). Over 5 percent said they are “not sure,” and 4.3 percent indicate they would vote for somebody else:

Overall, Zogby concluded that any race absent of both Trump and Biden would “throw both primary lists into chaos”:

Who would emerge on the Republican side? The Democrats, who are experiencing an in-house brawl between moderates and progressives, would probably tear each other limb for limb. At that point, you might hear “paging Mrs. Obama,” “paging Mrs. Obama, is anyone home, please save our party!”