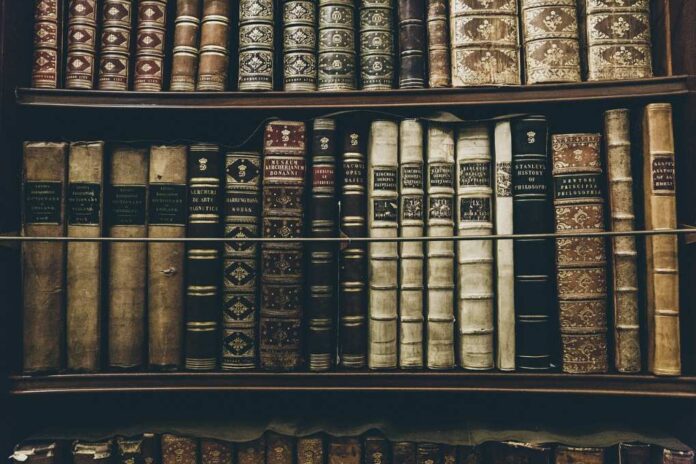 Facts are facts. What has transpired throughout the history of this great nation cannot be undone, nor can it be re-invented. We are tasked with accepting the good, the bad, and the now and again ugly. Whether or not we agree with the misgivings of our ancestors should not be called into question. We aren’t them, but we sure could learn a thing or two about what not to do by studying their history. But this may soon not be possible if the libs get their way.

There’s a book coming out by author Mary Grabara called “Debunking the 1619 “Project:” In it, she claims to have exposed a dark plan perpetuated by the N.Y. Times to divide the country. Their reasoning? Politics.

Wikipedia defines the project as a “long-form journalistic project developed by the NY Times to reframe the country’s history by placing the consequences of slavery and the contributions of Black Americans at the very center of the United States national narrative. The project was first published in the N. Y. Times magazine in August 2019 for the 400th anniversary of the arrival of the first enslaved Africans in the English colony of Virginia. The project later included a broadsheet article, live events, and a podcast.”

Nobody living in the land of the free today is importing African’s to Virginia, and even if one of their great-great-greats did, they probably couldn’t tell you the fella’s name. But for reasons beyond baffling, liberals still feel guilty. Their motives for reconstructing history are purely selfish. They want to feel better about themselves.

Anyone caught singing the praises of the 1619 Project is content with erasin what was, and replacing it with more of a Biblical Garden of Eden perspective. Africans arrived in America by their own volition. They then proceeded to build the kind of country the white guys were failing at. Since that time, their future generations have dominated the further advancement of this great nation while the honkies sat around doing squat.

Absolutely African-Americans have contributed positively in every way to the building of this nation, but if we are to continue moving forward as we always have, the truth must not be erased at the risk of being repeated.

In a recent interview with Epoch TV’s Crossroads, Graber said the American Revolution was not fought in efforts to preserve slavery as the 1619 Project would prefer the story be told. Our country’s earliest soldiers died at the hands of the British to gain the independence we enjoy today, and that was it.

Graber said, “The way the 1619 Project presents it, it’s an oversimplified form.” She stated how the British had both feet in the slave trade and they were pressuring the colonies to do likewise to take full advantage of the free labor. Such much, they levied taxes and threatened an invasion.

Because Britain was so heavily entrenched in the international slave market, they viewed the colonies as a strategic point for expanding their growing business. However, the Brits encountered some unforeseen problems as more and more of the colonists began voicing their objections to the inhumane practice of slavery.

Hannah-Jones, one of the 1619 Projects founders and a leading contributor, wants history to reflect that the colonists went to war because they were mad about the British withholding the profits from the slave trade that rightfully belonged to them.

She wants new history books to show how if the colonist hadn’t thought gaining their independence was the only way to keep the money from the slave trade they had built on their own, they would never have dreamed of challenging Britain. But we’re talking a Mayflower full of money, here.

Graber indicated how those advocating for historical changes are wanting to paint a picture of tyranny through the ages, when in fact, America has always taken a firm stance against it.

“The American model for world governance was always predicated on that,” she said concerning America’s longstanding stance. She continued by saying how the 1619 Project’s desired change “is a reversal of that whole narrative.”

Graber believes the changes in history are meant to drive a further wedge between liberals and conservatives, and once and if implemented, over time they will destroy the conservative way of thinking simply by virtue of canceling the truth. It would take a while, but it would happen.

The book is soon to released and it won’t be hard to find. It’s destined to immediately land on the best sellers list, and it’s about time someone set the record straight. Our deepest gratitude is extended to Mary Graber, an author who felt it was time to set the record straight, and with prayers, hope, and luck, keep it that way.