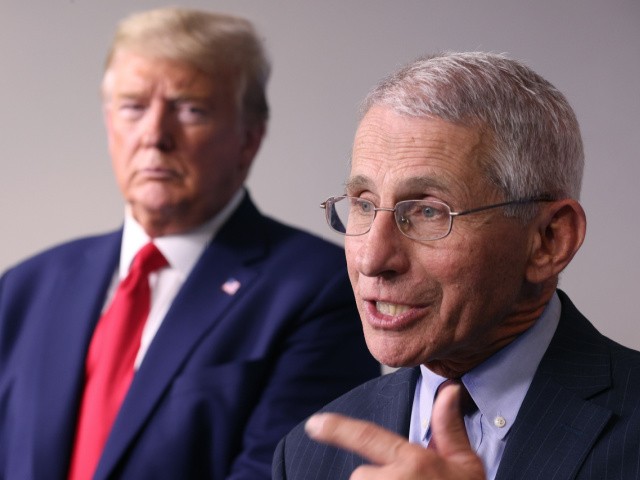 Ted Koppel asked, “Could it have been different? If the president had led in a different way?”

Fauci said, “The answer to that is yes. But when you have leadership, you know, denying that something is a serious as it is, then you have a real problem. In that respect, it could have gone differently.”

Koppel said, “Does it border on criminal?”

Fauci said, “I wouldn’t say that because, you know, that generates a lot of, you know, unnecessary sound biting. It’s something as a public health official, in mind is serious. For example, one of the things that to me was most difficult to accept is that we put together a good plan for how we were going to try and dampen down the spread of infection early on, thinking that that was accepted by everybody. And then, the next day, you have the president saying, ‘Free Michigan. Free Virginia.’ I didn’t quite understand what the purpose of that was, except to put this misplaced perception about people’s individual right to make a decision that supersedes the societal safety. That, to me, is one of the things that, I think, went awry in all of this.

Koppel said, “Did you ever raise that with President Trump?”

Fauci said, “You know, I didn’t have the opportunity to raise it. I was sort of, like, shocked, and then I didn’t speak to him for some time after that. But it was at that point that I realized that I would have to just get out there myself and say things that clearly were going to be contradictory – that it was much worse than we are saying it was, that it’s not going to go away tomorrow, it’s not going to disappear like magic.”