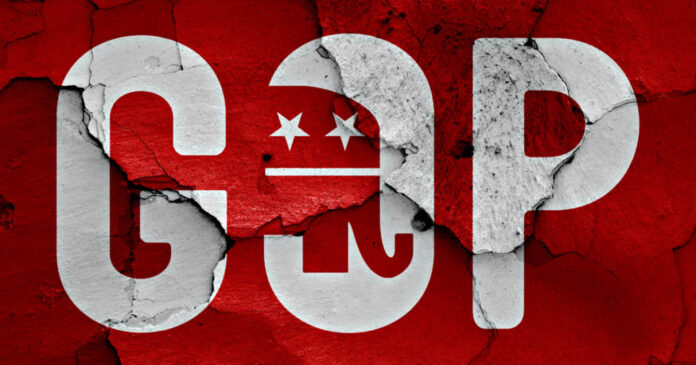 The mass media is an organization determined to defend Joe Biden at all costs. They are willing to lie, cheat and publish fiction as fact to make the old man look like a saint. They tell fake stories about what the president is doing for the people and even try to make his betrayals look good for the country.

The media is also willing to discredit people to keep their liberal hero from looking like a terrorist thug. Their latest attempts to bring down Republican heroes have been met with stiff opposition, which usually makes the reported look like a toddler. One would think that they would learn their lesson, but they are stubborn as mules.

The Washington Post has a reporter working for them named Jen Rubin. She is a person that has no problem attacking innocent conservatives with fake news and twisting the facts to make a point seem truthful.

Her attack on the Republican Party goes so far as to claim that they are terrorists supporting violent people. She also claims that the media has to have a set of rules when they try and talk with members of the Republican Party. She sees them are terrorists looking to attack people for holding different views. She conveniently forgets that his people attack others when they lose a debate or an argument.

Rubin was quick to say that “You have to have new ground rules for the media. They have to stop treating Republicans like normal politicians. They are not normal politicians … This is a party that spends its entire time cooking up ridiculous culture memes & fanning violence & coming up with outright lies.”

She believes that conservatives need to be treated differently than other people, and it is the Democrat’s classy way of branding them as domestic terrorists. The media could not correct her for dividing the country because they could agree with the sadistic saying.

Rubin is the classic example of nutty liberal living in their fanciful world. She wants to see parents thrown in prison for defending their kids and empower the Department of Justice to march into private homes and arrest any person willing to speak out against liberal teachings.

The nasty part about the clueless Rubin is that she conveniently forgets what members of the liberal party are like. Many of the Democrats have consistently encouraged violent actions against conservatives and local governments to get what they want out of them.

The list of atrocities continues to mount against the Democratic Party. But these moral violations of Constitutional rights continue to be subverted by people like Rubin.

Her beloved liberal heroes sided with groups such as the Black Lives Matter terrorist organization that beat and killed people during their violent protests. People seeking justice were criminalized and told to stay silent, or they would suffer the same fate.

The president was also quick to side with the criminal in various cases involving murder. He would downplay all the horrible things that they did to their victims and treat the deceased as the aggressor.

These are the things that Rubin forgets and would love to spin off as fake news stories to support his beloved liberal dictator. The brainwashed reporter is also in favor of limiting speech as she seeks to set in place rules for dealing with certain people that hold different views than her own.

The media and people such as Rubin are why Americans have lost the ability to trust their broadcasters and news stations. The constant spin and flooding of fake news make people want to vomit after sitting through a broadcast. The only thing that people can trust for the news is that it is fake news and does not represent the truth behind the story.

Joe Biden has adopted the communist rule book when it comes to media. He wants to control what is said and only allow positive stories of himself and the liberals doing his evil bidding.