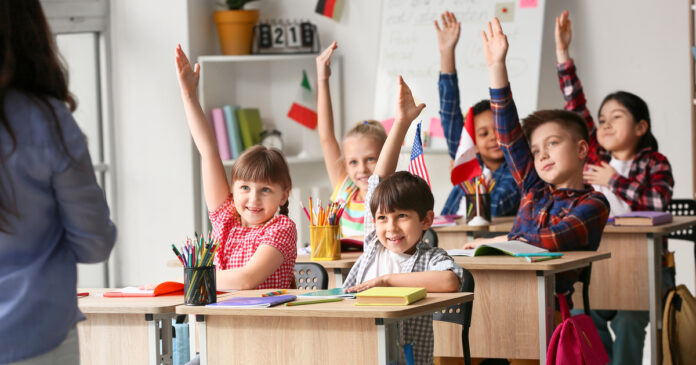 The Republican states are sick and tired of the liberal poison destroying their youth base. The insane ideology causes massive confusion and destroys the mental state of the youth that are forced to sit under its teaching. But The State of North Dakota is fighting back as the Senate brought to vote a bill that effectively banned the Critical Race Theory poison from the school system.

The state House of Representatives passed the bill just hours before the state Senate passed the bill. Doug Burgum is the governor of North Dakota, and he was glad to sign the bill that will keep the lies out of the schools.

The bill was not very long as it was only one page in length. But it said enough to get the point across to the liberals salivating at watching young minds deteriorate under the stress of liberalism.

The bill was very brief as it read, “Each school district and public school shall ensure instruction of its curriculum is factual, objective, and aligned to the kindergarten through grade twelve state content standards. A school district or public school may not include instruction relating to critical race theory in any portion of the district’s required curriculum … or any other curriculum offered by the district or school.”

There is not a teacher in the state that will even hint about the Critical Race Theory lies. The bill even defined CRT as “the theory that racism is not merely the product of learned individual bias or prejudice, but that racism is systemically embedded in American society and the American legal system to facilitate racial inequality. The superintendent of public instruction may adopt rules to govern this section.”

Burgum is the governor that listens to the parents and does not try to vilify them for looking out for their children. He was also sensitive to the authority invested in the school boards as they still retain the right to approve the curriculum. But they have to abide by the state’s standards of what is acceptable and what is to be cast out of the school system.

The school boards are not dictatorships governing children where parents are seen as the enemy. They are supposed to listen to parents and adopt school material that fits what the parents want for their kids.

Dan Ruby is a Republican in the state, and he was the sponsor of the bill. He noted that “Teaching history and social studies are important and not hindered by a restriction on CRT. Students should learn about how our country’s founding was based on many great principles, as well as the mistakes that have been made throughout our history, but to say that our country is [systemically] racist is denying the truth about the struggles this country has made to ensure equality and opportunities for all minorities.”

CRT sought to segment history and only focused on slavery as being the reason why America was founded. They ignored all the critical issues listed on the Declaration of Independence sent to the oppressive monarchy ignoring the territories.

The Democrats tried to weigh in on the matter by branding the bill as a terrible law. They are looking to the future with the hopes of doing away with it altogether. But given the red wave sweeping the nation, it seems highly unlikely that they will be able to do anything about it for many years to come.

The liberals pushing CRT have kids marking off their race and then deciding if they are part of the privileged few is destructive and divisive. And then to tell the kids that they are inferior for the color of their skin is to invite segregation back into the country.

Joe Biden and his band of liberal monarchs think their liberal subjects should be able to push any destructive material on kids. But with the Republicans standing in their way, they find it a lot harder to get away with the evil deeds. The children in North Carolina are safe because they will not have to puke up the lies emanating from the CRT house of lies.