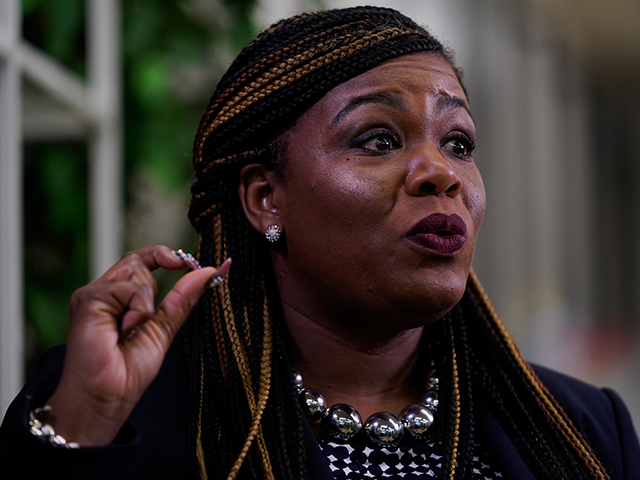 “When we marched in Ferguson, white supremacists would hide behind a hill near where Michael Brown Jr. was murdered and shoot at us,” the Democrat claimed Monday. “They never faced consequences.”

Bush suggested that, if Kyle Rittenhouse is acquitted, it will send the message that white supremacists “can get away with it”:

Despite the weighty assertion, there does not appear to be an official record of the alleged incident vaguely detailed by Bush.

Ferguson Police Chief Frank McCall Jr. said he was not aware of any such activities occurring at the time, according to the St. Louis Post-Dispatch.

Bush’s office has not backed down from the allegations, however.

“While on the frontlines of the Ferguson Uprising, Congresswoman Bush and other activists were shot at by white supremacist vigilantes,” a spokesperson for the congresswoman said.

“The question we need to ask is why white supremacists feel empowered to open-carry rifles, incite violence, and put black lives at risk across our country,” the spokesperson added, offering no evidence of the alleged incident.

However, some in attendance have attempted to back Bush’s weighty claim.

“This is FACTS!” activist Ohun Ashe said of the lawmaker’s assertion. “I vividly remember hiding under porches in Canfield as shots were fired at us. No one came to help us. We would come from under porches using cars as shields in between gun shots to make it out”:

Across the board, however, Bush’s assertion drew a wave of doubts.

“This is false and ignominious. Your colleagues should condemn you. Jeffrey Williams was arrested, charged & convicted for that shooting during the protest/riots. He was aiming at police & shot two officers,” journalist Andy Ngo, who has ample experience with far-left rioters, said as others jumped in doubting her claims:

Bush’s assertion comes as the country awaits the jury’s verdict in the murder trial of 18-year-old Kyle Rittenhouse.