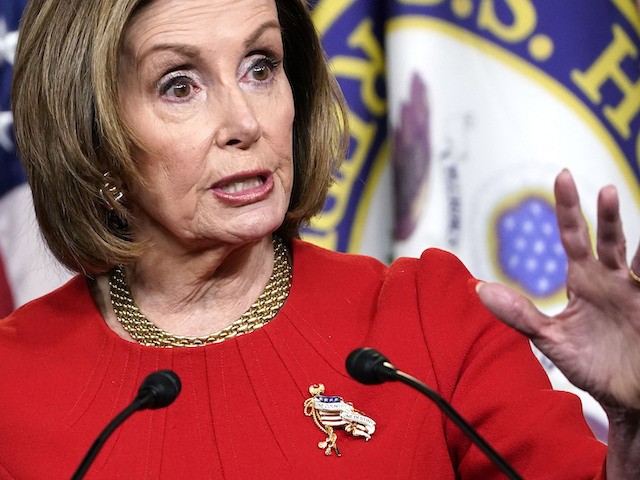 The conservative group wrote in a letter to the speaker that it views the coronavirus vaccine mandates as “unconstitutional” and divisive, and they warned their implementation would result in mass job losses that destroy livelihoods and threaten national security.

The caucus noted as an example that “thousands of men and women in uniform are thus far choosing not to meet the recent COVID-19 vaccination requirements imposed by DoD [the Department of Defense].”

“It is absurd to threaten to discharge – honorably or dishonorably – anyone in our military for making that choice,” the caucus continued. “In addition, Customs and Border Protection (CBP) could lose hundreds, or even thousands, of its border patrol agents due to federal vaccination requirements while our southern border is in crisis.” The group noted the same concern applies to law enforcement officers, defense contractors, and other federal workers.

In September, President Joe Biden announced sweeping, draconian plans to mandate vaccines for executive branch employees, federal agencies, and federal contractors, as well as for private sector employers with 100 employees or more. The announcement came shortly after DoD Secretary Lloyd Austin said in August that he would be requiring all active duty and Ready Reserve members of the military to be vaccinated.

Deadlines for members of the military, as well as DoD civilians, were set throughout November, but, according to the New York Times, military commanders have been given “wide latitude” for how to enforce the mandate given thousands of employees remain unvaccinated.

Mandating vaccines on private sector employees ran into a hurdle on Wednesday after the Occupational Safety and Health Administration (OSHA) was forced to suspend implementing the federal mandate on private businesses in response to a court order from the U.S. Court of Appeals for the Fifth Circuit. The White House estimates that the OSHA requirement, should it survive litigation, would apply to about 84 million individuals.

The Freedom Caucus charged in its letter that “reports have indicated that 72% of unvaccinated workers vow to quit if ordered to get vaccinated – a number that includes truckers, firefighters, police officers, and healthcare workers.”

Municipal workers hold placards and shout slogans outside city hall during a protest against the covid-19 vaccine mandate, in New York on October 25, 2021. (Photo by ED JONES/AFP via Getty Images)

The caucus concluded, “Congress must oppose these COVID-19 mandates – OSHA, federal employees (including DoD), federal contractors, CMS, and others. Please be advised … we will not vote for a continuing resolution, or any other government funding legislation, while any federal COVID-19 vaccine mandates remain in place.”

Treasury Secretary Janet Yellen has indicated Congress must take action to raise the debt ceiling by December 15 to prevent a government shutdown, and, according to the Hill, Senate Majority Leader Chuck Schumer (D-NY) hopes to achieve the necessary additional funding through a vote in the Democrat-led House and evenly divided Senate. Schumer would need 60 votes in the Senate to pass such a measure, meaning ten Republican senators would need to join Democrats in voting for it.