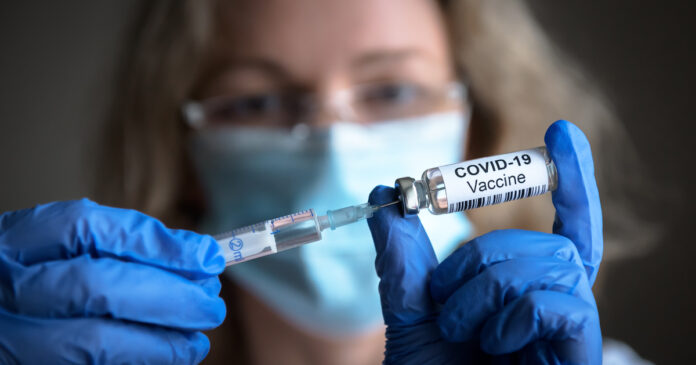 People are continuing to rally together in the state of California over the COVID vaccine mandate. On Monday, parents and other people across the state gathered to voice their concerns about forced vaccinations.

ABC 10 gave this report, “The Our Children, Our Choice Rally is calling on people to head to the Capitol on Nov. 15 in response to California’s COVID-19 vaccine mandate. It includes a call to keep students home from school to show the districts how many students they could lose due to the mandate, according to [an event organizer].”

Jonathan Zachreson, the event organizer for the rally, said that he believed the commitment was so strong among the parents that they were just not going to give up. He said they would continue to fight in both rallies and writing to their representatives. And they would go to school boards to pass resolutions saying that they would not comply.

Zachreson said that the rally was not an anti-vaccine rally and that people could come whether they were vaccinated or unvaccinated. The rally was ultimately about choice in regard to the COVID-19 vaccine at school.

It was just last month that students at schools across the state staged a walkout in defiance of vaccine and testing requirements that were set to take effect. The same organizers that planned the walkout were a part of the rally on Monday.

The Los Angeles Daily News reported last month that the demonstrations covered from San Francisco to San Diego, and from the San Fernando Valley to the Inland Empire and to Orange County. These planned demonstrations coincided with statewide employee vaccination requirements that start this week. School employees now must choose to either get vaccinated, tested or potentially lose their jobs.

Over the weekend, there were signs of possible sit-outs and some other forms of protests spreading on social media. Activists were urging parents to pull their children from school and for teachers and other staff to join them by staying home from work.

Last month the Happy Valley Union School Board voted 3-1 to defy California’s vaccine mandate for teachers and students. The school superintendent, Shelly Craig, is also the principal of Happy Valley Elementary School. She said that she does not have enough information to adequately answer questions about what will happen if people defy the mandate for vaccinations. She is unsure of the effect it will have on state funding or how children will be kept safe from COVID-19.

This school district is not the only one in the state to defy the governor’s decision on the mandate. The Daily Wire reported that the Board of Trustees of the Calaveras Unified School District voted 5-0 not to “support, enforce or comply with” the mandate, which continues to be pending.

The board announced their decision to parents on their Facebook page and said their vote applies to both students and staff. They also voted to put the topics of mask mandates and testing protocols for COVID-19 on the agenda for the board’s meeting on November 23.

Gavin Newsom, the Democratic governor of California, announced on October 1 that his state would be the first to force eligible students in both private and public schools to be vaccinated.

KFI News in Los Angeles reported, “The governor is directing the California Department of Public Health to add the COVID vaccine to other vaccinations required for in-person learning.”