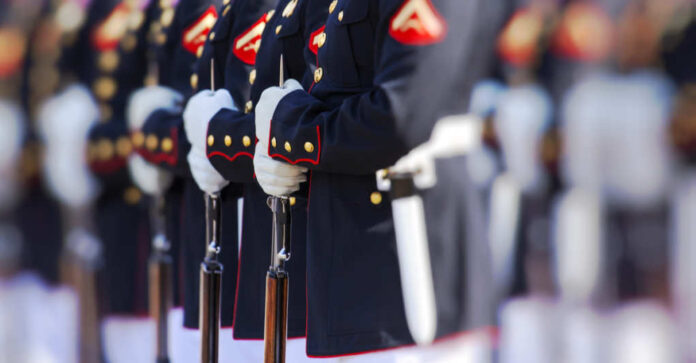 The Marine Corps has the highest turnover rate of all U.S. military branches. Recruiters manage to round up roughly 36,000 new recruits a year, but this only helps replace the vacancies left by the 75% of them who call it quits after their first hitch. Marine Corps Commandant Gen. David Berger said this is unsustainable and changes must be made.

What should have been common sense took a new scientific report to show how an older more experienced force is better prepared both physically and mentally to perform better. Previously, the corps believed that older teens and those in their young twenties had the gumption, strength, and testosterone levels to be highly trained fighting machines. They were very wrong.

The human brain does not fully develop until a person’s late twenties, which is also when they are at their peak maturity level and can better rationalize.

Berger conceded they’ve been doing things wrong by saying, “We based our force on an assumption that (18 to 20-year-olds) were indestructible supermen. Turns out it’s not. We don’t peak physically or cognitively until our late 20s.”

So now comes the complicated matter of figuring out how to boost reenlistments, and Berger has some fairly good ideas. Truer words were never spoken than when he said, “We have to treat people like human beings instead of inventory.”

It may have taken a good while but the Corps has finally come to the conclusion that troops are people, and as such, they have people problems just like their civilian counterparts. When possible, they need to cater to those needs.

As a start, the Corps is going to stop moving people around so much. Approximately 25,000 Marines get relocated every year. Especially for those with families, this places a huge strain on relationships.

As some of the other branches have done, the Marines are going to start listing job vacancies at other posts so those interested can apply. Keeping them where they want to be for as long as possible is a huge step.

Berger is also kicking around the possibility of 12-month paid parental leave. Currently, parental leave is offered but only if the Marine agrees to pay back the time by extending their enlistment.

Another problem with a consistent flow of young and inexperienced talent is the inability of the bulk of the force to perform high-tech operations requiring higher skill levels. They’re still at the pull the trigger level in their training.

Gen. Berger deserves a great deal of credit for admitting to things that his predecessors wouldn’t. He doesn’t mind rocking the boat as long as it’s in the best interest of his fellow Marines.

Berger is also aware of how antsy China is getting and he’s astute enough to realize they can’t be beaten by an under-trained group of teenagers no matter how good their aims. Should the Chinese jump, it’ll be a high-tech sort of affair that can only be won by the experienced.

Everything Berger is doing to increase the Marine Corps retention rate can be summed up in one very simple statement said by the man himself, “We can’t have a force full of 18 to 21-year-olds.”