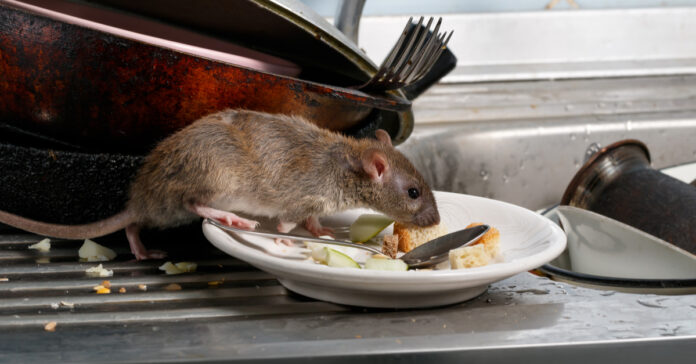 Nancy Pelosi is a disgrace. She’s a power-hungry politician who would rather focus on dragging the country to the progressive left than retiring. She was voted in by the people only to ignore the district that put her into power.

Few politicians have districts that are completely falling apart as badly as Pelosi’s San Francisco. The homeless are taking over sidewalks, drug deals are happening in every back alley, and now it seems that there are more rats than people.

Since rats can’t vote, Pelosi might want to do something about the infestation in her district before everyone decides that they’ve had enough. Or, perhaps, she’s going to enact voting rights for the rodents. She’s a Democrat, so we certainly wouldn’t put it past her.

One such story of a rat takeover was reported in the Noe Valley of San Francisco. There was such a significant rat infestation at a Walgreens that it was forced to close down. The San Francisco Department of Public Health has said that it’s closed until it is capable of passing inspection.

When inspectors showed up at the store, they had to close due to “imminent health hazards that could not be immediately corrected.” There was “vermin” on the sales floor as well as in a storage area. Apparently, none of the sales staff bothered to note that there were products that had been gnawed on sitting on the shelves…and that there were droppings all over the place.

But, they learn from those who are in charge. If the Speaker of the House doesn’t care about her district, why should they care about where they work? It’s really that simple, and Pelosi isn’t setting a very good example.

If the Walgreens is going to open again, they will have to hire a licensed pest control operator, do a lot of cleaning and sanitizing, and make sure that all holes and gaps are sealed up.

What’s worse is that Walgreens couldn’t even be honest with its customers. A sign on the door read “Due to technical difficulties, we are closed until further notice.” Technical? Sure, if you consider being unable to address a rodent infestation a technical difficulty…

If a rat infestation was the only thing going on in San Francisco, maybe we could get by with a slap on the wrist for Pelosi. However, she should really be taken out of office with all of the problems going on. She’d rather make life miserable for the GOP in DC than to address the problems in her home district.

“Shoplifting has skyrocketed in San Francisco recently, likely a result of Proposition 47, which dictates stealing would not be a felony in California if the item stolen did not exceed $950,” Breitbart News recently reported.

It’s as if the state tries to figure out how to increase crime. So, if a criminal wants to steal, they know that as long as they keep their pockets filled at under $950, they get away with a misdemeanor.

And, the shoplifting at Walgreens has gotten so bad that five stores have had to close because of the surge.

What’s really fun is that Orkin, the premier rodent company in the U.S., has actually ranked cities as being the “top ten rattiest.” Guess what? San Francisco comes in at number five. Oh, and number one is another train-wreck of a liberal-run city…Chicago. And I bet you’re not even surprised, are you?