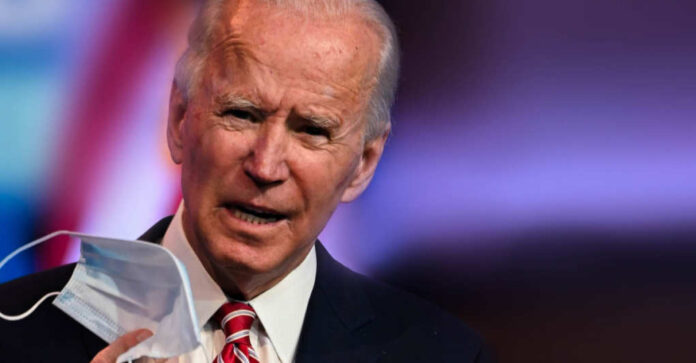 You would think in a time when our nation is still recovering from the throes of COVID-19 and its subsequent pandemic, along with inflation rates not seen in more than 30 years, the federal government would be doing all they can to preserve our cash reserves and save the country and its citizens some money.

And yet, according to just about everything in Biden’s Build Back Better plan, the idea coming from Washington is just to spend more. As you likely already know, they even raised the national debt ceiling to be able to do this.

Of course, they’ll tell you that it will all work out in the end, that their plans will end up earning the government a massive amount of revenue, enough to solve the economical woes of the day and make every American’s life better and safer.

But please, tell me how giving out billions to illegal immigrants will help the nation recover and save money in the long run? And no, I’m not talking about the thousands Biden is proposing we give separated immigrants as some form of compensation for their suffering.

No, I’m talking about a hidden plan in the BBB act that will effectively allow billions of US taxpayer dollars to be given to illegals in the form of child tax credits each and every year.

Unsurprisingly, the provision is hidden deep within the 2,135-page plan the Democrats want to push through in the coming weeks. But now that a fine-toothed comb is being used on it, legislators have noticed that on page 1,647, the plan seeks to end the requirement by taxpayers to provide a valid social security number when applying for child tax credits.

According to current tax laws, “No credit shall be allowed under this section to a taxpayer with respect to any qualifying child unless the taxpayer includes the name and taxpayer identification number of such qualifying child.”

The Democrats plan to change this so that nothing but a name is required.

As a researcher for the Center of Immigration Studies, Steven Camarota, told Fox News, this would mean that the US would likely end up paying out some $2.3 billion to illegal immigrants who want a child tax credit.

But that’s just the tip of the iceberg.

Camarota says that doesn’t even begin to account for the billions that will be paid out to illegals who supposedly have US-born children. In a writing for CIS, he explains that the amount for this is to be estimated somewhere around $8.2 billion in cash payments.

Now, part of the reason this amount is so high is that, along with the changes to needing a social security number for each child, the BBB has also stipulated that the amount of child tax credit will increase – and rather significantly.

As Camarota explains, currently, the child tax credit is given in the amount of $1,400 per child. However, with the new changes finalized, a whopping $3,600 will be provided for all claimed children under the age of six and $3,000 for all children ages six to 17.

Now, to be clear, these amounts are only to be available for one year under the BBB act. However, the number doesn’t go back down to what it was before after that year. Instead, each child, regardless of age, will be allotted $2,000.

So not only will more money be given out for each child tax credit, but now, illegals will be lining up to claim this for their children, with or without a social security number on file. Camarota estimates the number of illegal migrants to receive the new CTC to be around 600,000 in total, based on the number of those individuals and family units encountered at the border and released in the fiscal year of 2021.

And then, of course, there are all the other agenda items in the bill that will end up only increasing the nation’s deficit, according to the Congressional Budget Office. According to the CBO, the US will make only about $0.8 billion over the next decade from these changes. Meanwhile, it will be spending some $151.5 billion.

Yet, the Democrats are still determined to push this through, knowing full well it will end up sinking our country into further derision.