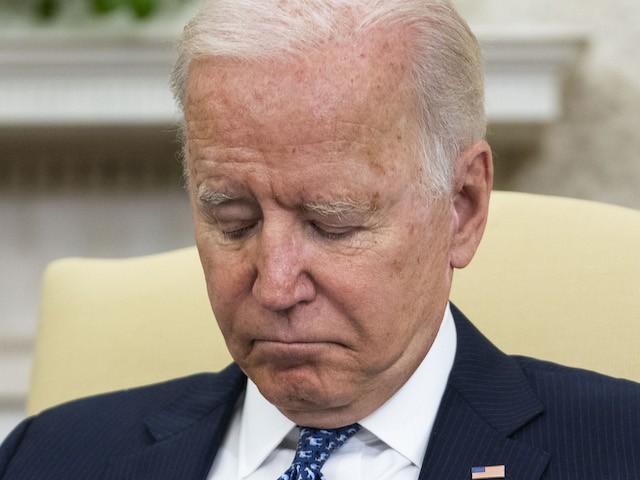 Last week, former Sen. Chris Dodd (D-CT), a longtime friend of the president, sparked a wave of speculation when he suggested to the New York Times that Biden may not seek reelection.

“I’m hoping the president runs for re-election,” Dodd said. “But for whatever reason that might not be the case, it’s hard to believe there would be a shortlist without Kamala’s name on it. She’s the vice president of the United States.”

As the days unfolded, the establishment media began to report about growing tensions between Joe Biden and Kamala Harris over her lack of defined roles in the administration.

“Worn out by what they see as entrenched dysfunction and lack of focus, key West Wing aides have largely thrown up their hands at Vice President Kamala Harris and her staff — deciding there simply isn’t time to deal with them right now,” CNN began its lengthy report on Sunday.

Inside the White House, reports indicate Team Harris has grown increasingly frustrated with Team Biden for essentially sidelining them.

“Many in the vice president’s circle fume that she’s not being adequately prepared or positioned, and instead is being sidelined,” noted CNN. “The vice president herself has told several confidants she feels constrained in what she’s able to do politically.”

Speaking with the Washington Post, Chis Dodd appeared to change his tune.

“The only thing I’ve heard him say is he’s planning on running again,” Dodd said. “And I’m glad he is.”

President Biden, who will turn 79 this month, said he plans to run for reelection earlier this year.

“My plan is to run for reelection. That’s my expectation,” Biden said in March.

“I said, ‘That is my expectation,'” he added. “I’m a great respecter of fate. I’ve never been able to plan four-and-a-half, three-and-a-half years ahead for certain.”

Biden repeated his pledge to run in 2024 at a virtual fundraiser this month attended by several donors, according to the Washington Post.

“What he is saying publicly is what he firmly believes. There’s no difference,” said former Pennsylvania governor Ed Rendell, who attended the fundraising event. “He will not run if he feels he can’t do the job physically or emotionally.”

Other Democrat strategists and officials were more frank in private, admitting that the president will have to walk a tightrope between appearing as if he will run while not getting people’s hopes up.

“What is his health going to be in the next three years?” a Biden donor asked the outlet. “All you have to do is look at the mortality tables in America to understand what I’m saying.”